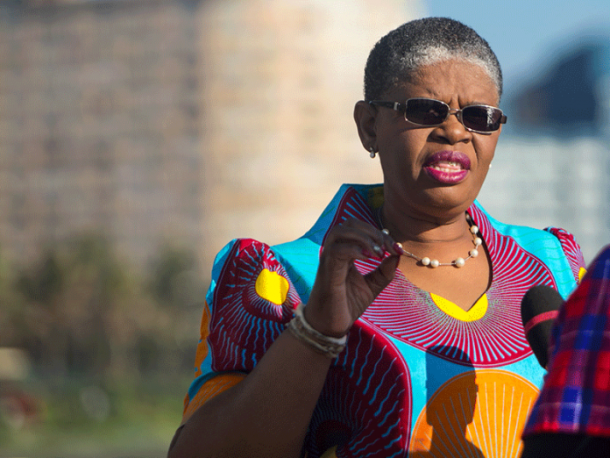 The new year has brought further woes for former eThekwini mayor Zandile Gumede. The amount associated with the corruption scandal in which she has been implicated has increased from R208m to R389m.

Gumede and 15 of her co-accused appeared in the Durban commercial crime court on Wednesday on charges of corruption‚ fraud and violating the Municipal Finance Management Act. They relate to a Durban Solid Waste (DSW) contract awarded in 2016‚ shortly after she took office.

Senior state advocate Ashika Lucken said that during a search and seizure operation by the National Prosecuting Authority’s (NPA’s) asset forfeiture unit in October‚ documents were found at the home of the deputy head of the supply chain management unit in the eThekwini municipality‚ Sandile Ngcobo.

“During the search‚ a bundle of documents found at the home of accused two (Ngcobo) were seized. One of these documents was related to the DSW tender.”

According to Lucken‚ it was initially thought the contract had come to an end in July 2018. However‚ according to the documents seized from Ngcobo’s home‚ the tender concluded in June 2019‚ racking up a further R181m worth of payments.

She said the documents formed part of a “missing link” in the case‚ as the forensic investigation team had records of payments being made but did not have proof of what the payments were for.

Gumede‚ out on R50‚000 bail‚ has been accused of using her political position to influence the contract.

In a stifling courtroom‚ the heat seemed to be too much for accused Sinthamone Ponnan‚ who had to be helped out of court mid proceedings due to dizziness. Paramedics were called and Ponnan was taken to hospital.

The state argued for a six-month adjournment to allow for the finalisation of investigations.

Magistrate Dawn Somaroo adjourned the matter to April 16 for the state to report back on progress made in the investigations.