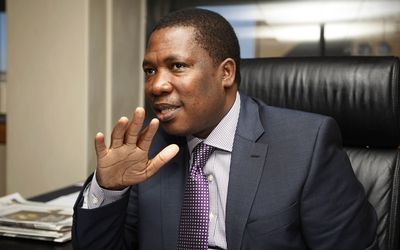 The Constitutional court ruled on Friday in favour of the Gauteng education department regarding the school admissions regulations.

In a Facebook comment Panyaza Lesufi said: “We WON! Thanks ConCourt‚ today we finally broke the backbone of apartheid planning‚” he said.

“The judgment empowers us‚ as government‚ to declare new feeder zones thus‚ burying the transitional 5km radius! No parent will be asked a salary slip before their children are admitted in our schools! The best gift as we observe the 40th anniversary of the 16th June Uprisings! Also a fitting tribute by Justice Moseneke in his last judgement as member of the ConCourt.”

The Federation of Governing Bodies of South Africa appealed a court ruling in favour of the Gauteng department of education on amendments to the admissions regulations.

The federations wanted the regulations removed because they were not reasonable and justifiable in terms of the Gauteng Schools Education Act of 1995. The federation said there was conflict in regulations between provincial and national legislation.

The court ruled that there was not conflict between the two sets of regulations.