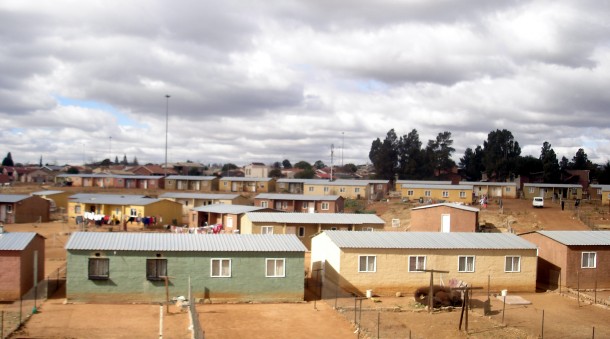 Tempers are on the boil at Marikana as a deadline looms for scores of people to vacate more than 100 RDP houses they illegally occupied in a new R700 million housing project.

The North West High Court has given the occupants until next Thursday to say why they must not be evicted.

In February the court issued an interim eviction order after the Rustenburg local municipality filed an urgent application against the illegal occupants.

But tempers flared on Tuesday when scores of protesters marched to the Marikana police station and burnt the eviction notices. There are now fears of violence in the area as the deadline looms.

A legally entitled housing beneficiary, who spoke to Sowetan on condition of anonymity yesterday, said Tuesday’s march had made legal residents fear for their lives.

“We are being threatened by these people all the time,” the resident said of the illegal occupants. They are carrying weapons and always making threats. Things have become worse these past few days because they are supposed to get out next week,” he said.

But Ben Bole, spokesman for the provincial department of local government and human settlements, said they were taking the threats seriously.

“The department has done a security assessment in the development area and is in the process of providing security to safeguard the development, including the legal beneficiaries,” he said.

Bole said the illegal occupants “will be evicted as per the interim court order granted”.

The Marikana Housing Project has been a source of conflict since it was handed over to beneficiaries by Minister of Human Settlements Lindiwe Sisulu in January.

To qualify for RDP houses, applicants have to be South Africans earning less than R3500 a month.

The project includes a Finance Linked Individual Subsidy Programme (Flisp) and bonded houses for a second category of beneficiaries. Flisp is aimed at people earning R3501 to R15000 a month, which means mineworkers would qualify for subsidised houses.

However, the scheme has angered some mineworkers who believe they are entitled to the RDP houses – especially after government announced plans to improve the social and living conditions of mineworkers after the Marikana massacre in August 2012.

In January scores of people believed to be mineworkers who do not meet the requirements for free government housing occupied some of the houses after expressing dissatisfaction over the allocation process.

Sowetan reported that the legal beneficiaries of the new houses were living in fear of being attacked after armed men broke down doors, removed furniture and forcefully occupied some of the RDP houses.

Bole said 150 houses had been “illegally invaded” and that the Rustenburg local municipality had to carry the costs of basic services for the occupied houses.