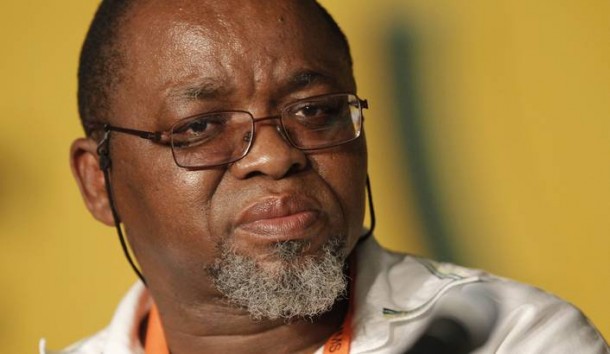 The ANC volunteers who died in a tragic bus accident in the Free State on their way back from Port Elizabeth after attending the launch of the party’s local government election manifesto should be sent to their last resting place like heroes‚ the party’s secretary general Gwede Mantashe told hundreds of supporters who attended their memorial service on Thursday.

“They are not asleep‚ they are just on their knees‚” said one family friend who took the stage to pay tribute.

The piercing cries of family members and friends turned into jubilation and joy after a gospel singer took to the stage to sing a song encouraging everyone to be strong.

The professional melody had been preceded by an equally beautiful performance from school mates of one of the dead volunteers.

Hundreds who braved the rain to attend the memorial service were rubbing shoulders with the party leadership in the jam-packed tent that could not accommodate them all.

The ANC sent its senior leaders including at least two members of the top six — Mantashe‚ Treasurer Zweli Mkhize‚ as well as cabinet ministers Aaron Motsoaledi and Susan Shabangu.

Late struggle leader Chris Hanis’ wife Limpho was also among the dignitaries which included the popular pastor “Mboro” and they both drew screams of admiration from the crowd reminiscent of rock concerts as they were introduced.