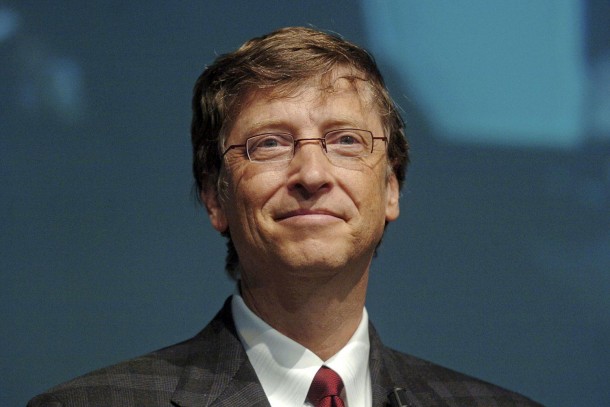 Nelson Mandela was concerned about the future and believed people could make the future better than the past‚ Microsoft founder and philanthropist Bill Gates said on Sunday.

He was delivering the 14th annual Nelson Mandela Memorial Lecture at the University of Pretoria campus in Mamelodi‚ Pretoria‚ on the eve of the former statesman and president’s birthday.

“Nelson Mandela said‚ ‘Young people are capable‚ when aroused‚ of bringing down the towers of oppression and raising the banners of freedom’‚” Gates said.

Gates said the duty nations had was to invest in young people‚ to put in place the basic building blocks so that they could build the future.

“And our duty is to do it now‚ because the innovations of tomorrow depend on the opportunities available to children today.

“It’s clear to everyone how big and complicated the challenges are. But it’s just as clear that people with bravery‚ energy‚ intellect‚ passion‚ and stamina can face big‚ complicated challenges and overcome them.”

Gates said since the adoption of the United Nations’ Millennium Development Goals 15 years ago‚ there had been improvements in the livelihood of Africans.

He said since the goals were adopted‚ one million fewer children died last year compared to 25 years ago and incidents of poverty and malnutrition was down.

However‚ Gates said progress had been uneven.

“Even with the great progress Africa has made‚ it lags behind the world in other indicators.”

He said one in 12 African children will die before they turn five. Although this was a vast improvement compared to 25 years ago‚ African children were still 12 times more likely to die than the average child in a wealthy country.

Gates said Mandela always talked about the power of youth.

“I agree with Mandela about young people‚ and that is one reason I am optimistic about the future of this continent. Demographically‚ Africa is the world’s youngest continent‚ and its youth can be the source of a special dynamism.

“In the next 35 years‚ 2 billion babies will be born in Africa. By 2050‚ 40 percent of the world’s children will live on this continent.”

He said rapid economic growth in the South East Asia region in the 1970s and 1980s was driven by the youth moving into their workforce.

“But for me‚ the most important thing about young people is the way their minds work. Young people are better than old people at driving innovation‚ because they are not locked in by the limits of the past.

Gates said Mandela had remarked that poverty was not natural but was man-made and could overcome and eradicated by the actions of human beings.

“We are the human beings who must take action‚ and we have to decide now‚ because this unique moment won’t last forever. We must clear away the obstacles that are standing in young people’s way so they can seize all of their potential.

“If young people are sick and malnourished‚ their bodies and their brains will never fully develop. If they are not educated well‚ their minds will lie dormant. If they do not have access to economic opportunities‚ they will not be able to achieve their goals.”

He said if investments were made in the right things ‚ then the youth would have the physical‚ cognitive‚ and emotional resources they needed to change the future.

“Life on this continent will improve faster than it ever has. And the inequities that have kept people apart will be erased by broad-based progress that is the very meaning of the words: ‘living together’.”

Gates said when he and his wife started their foundation‚ they identified education and nutrition as areas where their contributions could be of greatest impact.

“For the past 15 years‚ we have invested $9bn in Africa Some of the money has gone to investing in research on new drugs.”

However‚ he warned that there was a risk that the gains that the continent had made in the past would be reversed in the area of HIV infection.

Gates is scheduled to address the International Aids Conference which will start in Durban on Monday.