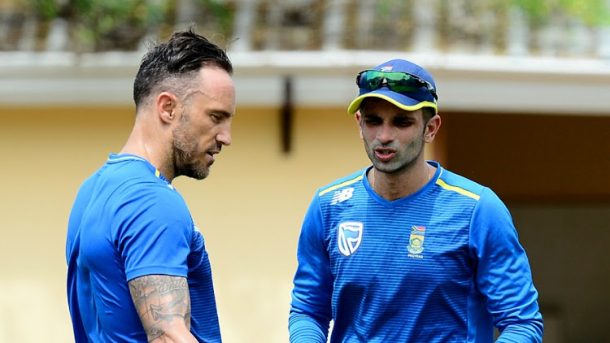 Proteas spinner Keshav Maharaj says they’re slowing moving away from being a one-man team‚ especially in their batting department.

While this theory was firmly debunked by Heinrich Klaasen‚ David Miller and Kyle Verreynne‚ Wednesday’s second ODI against Australia at the Mangaung Oval in Bloemfontein will again put it to the test.

Proteas limited overs captain Quinton de Kock fell early and the team slipped to 48/3 in nine overs in the first ODI in Paarl‚ but the middle-order salvage job went a long way in winning the game.

Maharaj played his part with the ball‚ but the middle-order batsmen with the least experience in Klaasen and Verreynne skilfully repaired the innings to set up the platform for the bowlers.

“Quinny has been our batting stalwart for a long time‚ but it just showed that with the youngsters in our side like Kyle Verreynne‚ he put his hand up and made a vital 48.

“David Miller came through with his experience. Heinrich’s played a handful of international games‚ but the maturity he showed in his innings and how he paced himself looked like he’s been there for a long time‚” Maharaj said.

“We’re coming out of the phase where we’re no longer a one-man team. We play as a team and guys are putting their hands up in various games‚ which is positive and important for us.”

Maharaj said Australia didn’t take the game lightly even though SA had a green middle-order. On his ODI debut‚ Verreynne came in at four and Klaasen at five. With De Kock‚ SA had three wicket-keepers as Mark Boucher’s side searches for its perfect middle-order.

“You could see in the way they started that nothing was taken for granted. Klaasen and Miller played exceptionally well to take us to the score we had. They’ve got a world class batting line-up and Lungi ran through that batting order and made life a bit easier for our bowlers at the back end‚” Maharaj said.

SA will have to overcome their second game jitters if they want to avoid another series decider.

That’s something they’ve yet to win in this home summer while having dominated all but one of their first matches of the series across all formats.

This is something Maharaj is aware of and he hoped that they’ll have a mental shift from Wednesday’s game onwards.

“The first game is gone and it was an exceptional effort from the guys.

“We’ll take the positives from the previous game and build on the areas we can improve.

“It’s a new game and a new start. For us to play consistent cricket‚ it’s important that we start each game like it’s the first game of a series‚” Maharaj said.