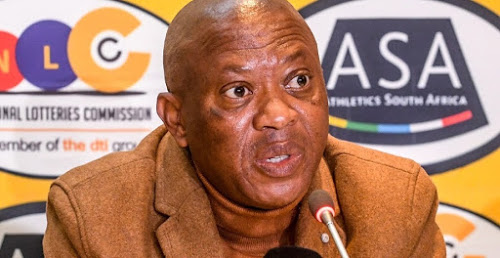 The cancellation of the African athletics championships has robbed SA hopefuls of a key Olympic qualifying opportunity‚ but Athletics SA (ASA) has identified local meets for them to make their bids.

In a statement on Tuesday the federation listed eight competitions across five provinces before the June 29 qualifying window for the Tokyo Games ends.

“It’s a pity … that our athletes will not be benefiting from the great competition that the African Champs offer and it’s unlikely that there will be another opportunity to host the continental event before the Olympic Games‚” ASA president James Moloi said in the statement.

“However‚ this is not entirely a lost cause for our athletes who are still looking for competition to qualify for the Games as there are several competitions that are available in our domestic calendar.”

Caster Semenya‚ who had planned to qualify in the 5‚000m at the continental competition in Lagos‚ will have to find an alternative in SA if she wants to go to Japan.

She had planned to only do a 3‚000m locally before heading out the country.

So far not one of SA’s four track and field medallists from Rio 2016 has booked their spot for Tokyo. Semenya had qualified in the 800m‚ but her fight against World Athletics’ new gender regulations has taken her to the 5‚000m.

Long-jumper Luvo Manyonga also qualified‚ but he was suspended after a doping violation.

Reigning 400m champion Wayde van Niekerk has yet to secure a ticket‚ as does javelin silver medallist Sunette Viljoen.

Gauteng North has two meets scheduled for June 12 and 19 and Central North West will offer a shot on June 26.

Western Province and KwaZulu-Natal are hosting middle-distance meets on June 12 and 18 respectively‚ and Boland is doing three field meets featuring pole vault‚ long jump and triple jump on June 12‚ 19 and 26.

An Olympic preparation meet will be held in Durban on July 9 and 10.

The qualifying period for the marathon and 50km race walk have already closed‚ with three men and two women having qualified automatically for the 42km race‚ while veteran Marc Mundell makes it in the walk on world rankings.​