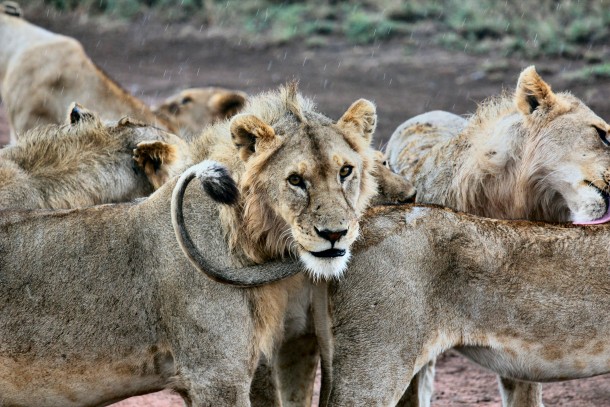 A pride of lions on the loose that has been spotted near Phalaborwa will be darted before being moved to a nearby nature reserve.

“They are under observation by our rangers … You can’t transport them while they are still awake‚ so it’s very important that they be darted‚” Kalla said.

SANParks confirmed in a statement on Friday that the lions were not from the Kruger National Park (KNP) or any nearby nature reserves.

“It has been reported that this pride has been residing for more than a year within the Foskor‚ Phalaborwa Mining Company and direct adjacent areas‚ moving along the Selati river system. This area outside‚ but adjacent to the KNP‚ also contains elephant‚ buffalo and other wildlife‚” SANParks said.

“The pride might have established in this area‚ due to the current availability of prey and lack of competition from other lion prides. The lion population within the greater Kruger is very healthy‚ growing and the suitable habitats are occupied. It would therefore be unwise to relocate a lion pride into the territory of an existing pride. The disease status of animals is also a consideration when looking at possible release areas.”

Foskor spokesperson Frans Mkhondo confirmed to TimesLIVE that there were lions within their premises‚ but they were first spotted two to three months ago – and not a year ago as reported by SANParks.

“The last time a lion came wandering about was about some 10 years ago … At the time there was only one lion which was dealt with. It was put down.”