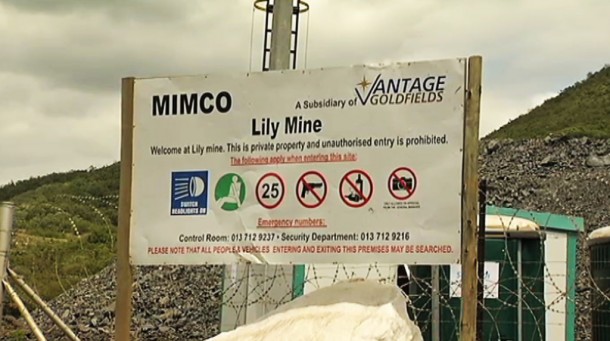 The remembrance service to commemorate the first anniversary of the accident at Lily Mine near Barberton planned for Sunday has been postponed‚ business rescue practitioner Rob Devereux said.

Three miners have been trapped at the mine since the container which was used as a lamp room fell a kilometre as a result of a sinkhole which formed at the mine on February 5 last year.

The bodies of Solomon Nyerenda‚ Yvonne Mnisi and Pretty Nkambule have still not been retrieved because of a lack of funds.

Devereaux said the company had arranged the service for February 5‚ which was to have been an apolitical and a religious ceremony‚ two weeks ago.

“We invited dignitaries from government and other areas. What has happened is that in the course of last week‚ we received indications from the police that unrest has been planned to disrupt the service‚” Devereux said.

In a meeting held on Thursday which was attended by the police‚ the unions and the affected families‚ it was agreed that it would be irresponsible to continue with the ceremony in light of a threat of violence‚ he said.

“We decided to postpone the ceremony to such time as we believe it will be safe‚” Devereux said.

Cosatu had earlier called for a boycott of the planned ceremony‚ describing it as a futile gesture that was morally obscene.