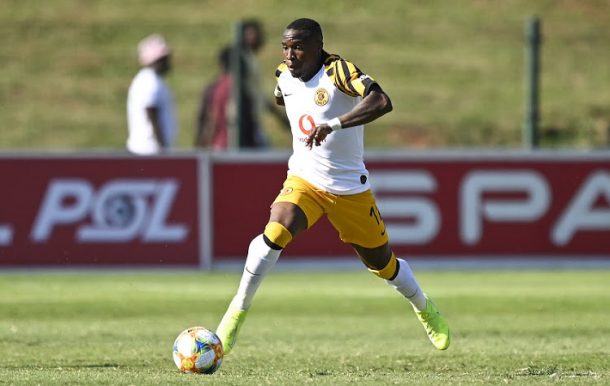 US-based midfielder George Lebese came out to defend former Kaizer Chiefs team-mate George Maluleka on Wednesday after it was revealed that the later had signed a pre-contract with rivals Mamelodi Sundowns.

Maluleka incurred the wrath of many AmaKhosi supporters when the club announced that after a string of contract extension negotiations‚ the player himself revealed that he was joining Sundowns.

Chiefs supporters reacted swiftly and while some were sympathetic to the 31-year-old Maluleka‚ many others voiced their unhappiness with the player’s decision to join a club that is involved in a bitter league title race with AmaKhosi‚ and at such a crucial stage of the season.

Lebese‚ who himself faced similar scrutiny when he joined Sundowns from Chiefs in August 2017‚ said he backed his former team-mate’s decision.

But in an interview with Robert Marawa on Marawa TV in November last year‚ the Mamelodi-born Lebese said he miscalculated his move to Sundowns and was influenced by monetary issues.

“It was a very difficult stage where I had to make a decision and quick.

“[There were] a lot of temptations and I wouldn’t blame it on anyone‚ and say [it was about] not getting proper advice‚” he said at the time.

“I’d say it was what I wanted then. I was still happy at Chiefs but there’s lot of other factors that came in and I was tempted to make that decision.

“Like I tell people‚ two things had to happen – either I move on and probably regret or I stay and regret not going. I say better an ‘oops’ than a ‘what if’ and you learn – it’s life‚ it’s football.”

Lebese was released by Sundowns in September last year and joined US side Colorado Springs Switchbacks in December after spending months on the sidelines.

Unsurprisingly‚ social media has since exploded in the aftermath of the news of Maluleka’s departure being made official‚ with some of the highlights below:

George Maluleka got himself a nice retirement package with that Sundowns deal, I see it as a good move financially considering his age

Moment of silence for George Maluleka career,,R.I.P,, he will be Remembered for warming the bench💔😬😬😬😬😬Sundowns must stop this thing of buying key players to kill competition thow😔 pic.twitter.com/ZClTvG1QRg

Even as a Amakhosi fan…