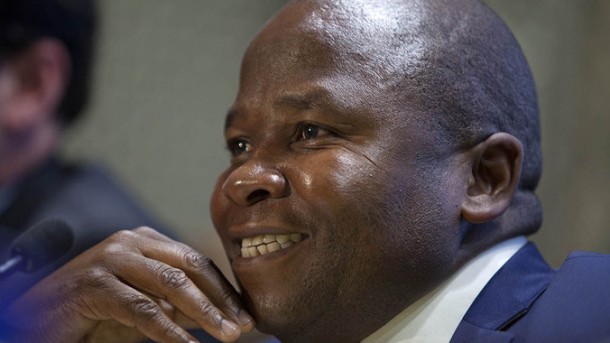 Minister of Cooperative Governance and Traditional Affairs Des van Rooyen has slammed South African media for being unpatriotic‚ calling on US comedian Kevin Hart to teach journalists a lesson.

Speaking at the launch of the Auditor-General’s 2014/15 report on municipalities on Wednesday‚ Van Rooyen thanked a journalist for making a positive observation‚ before launching into a harsh critique of others who allegedly fail to see the good.

When Hart performed in South Africa in March‚ he felt so at home that he embraced a name given to him by locals — Mpho.

“My new name is Mpho and what it means is a Gift‚” Hart reportedly said when he visited the Royal Bafokeng Jr. NBA Programme in the North West province.

Said Van Rooyen: “I must commend the gentleman who started by commending on the good work. For the first time since we have been here‚ I heard such a comment. I think it’s applaudable” (sic).

“All the questions posed‚ they are so negative. They are all on the negative side. They are not focusing on the positive side.

“Look‚ really‚ I don’t understand how we approach some of these things as South Africans. We need a person like the American comedian Kevin Hart to come and tell us on how unpatriotic our media [is]. And I think that is highly evident in how you pose your questions. You start with the negative and I don’t think you ever have time to think of the positive as a way of showing your patriotic position on some of these things. I thank you very much for acknowledging the good performance that is not visible to some of your colleagues.”