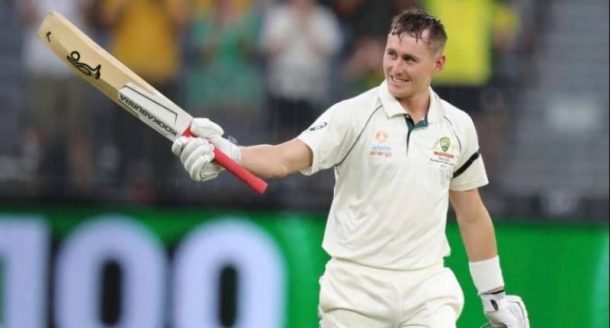 Australia batting all-rounder Marnus Labuschagne said scoring his maiden ODI century in their six wicket loss against the Proteas in Potchefstroom in front of his extended South African family was “amazing”.

Labuschagne‚ who was born in Klerksdorp and moved Down Under with his parents aged nine‚ returned to North West where he used to watch cricket as a child‚ but his ton was in vain as SA secured a 3-0 series whitewash.

“The excitement of scoring a hundred with my family here was amazing.

“For them to be here and witness this special moment was awesome‚” said the man who is known as “Labushane” by Australians.

“Both my grandparents were here and that was special. The love and support I got from them for a very long time since I started playing cricket has been good.

“They have always been supportive and cared for me and it is really nice to perform well in front of them. They have been amazing and it was a privilege to have them here. I am sure my grandmother shed a tear when I scored that hundred‚ that’s for sure.”

Labuschagne also spoke about the support he has received from his family over the years.

“From the beginning‚ I was playing cricket all the time.

“It was my uncles who used to throw me balls‚ my sister also used to feed me balls from the bowling machine. My mom used to sit on a chair for hours and hours throwing balls at me and I would be taking diving catches on the other end.

“If I missed a throw‚ I would run around because she was not going to get off the chair.

“Everyone played their part in my development and that’s the way it is. I think family has been a big part of my life and it was a nice experience to play well in front of them today.”

Labuschagne‚ who was dismissed by Lungi Ngidi for a duck in the second ODI in Bloemfontein last week‚ said he didn’t know how the crowd was going to react towards him.

“You never know how the crowd is going to react‚ whether they love or hate you. Maybe it was a bit of both‚ love and hate.

“Maybe next year we come back here for the Test matches. But I wasn’t nervous at all‚ I was kind of excited to come back to play where I grew up.

“It was nice to hear the cheering when I scored the hundred‚” he said‚ adding that he was disappointed they lost the series.

“I am disappointed not because I didn’t score runs but because we lost the match and the series 3-0.

“It is disappointing to lose‚ but for me to be able to come around and score runs was good.”