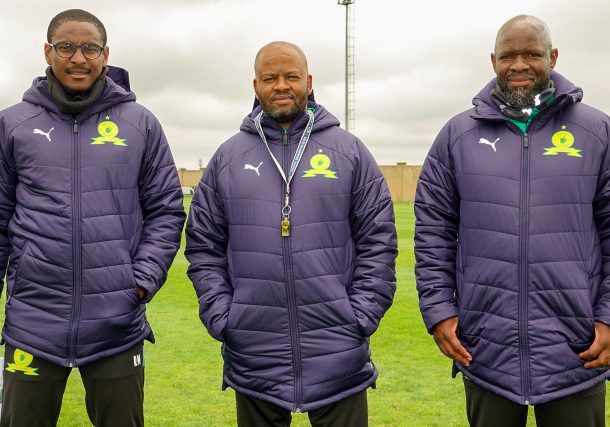 Komphela’s first impressions at Sundowns: ‘Goodness me‚ this is an environment that is so fertile’

Steve Komphela has said he was blown away by the smell of success and confidence that oozes through at Chloorkop after his first training session with Mamelodi Sundowns following his appointment as a “senior coach” on Monday.

The former Bafana Bafana captain hit the ground running hard at the club’s training base in Chloorkop after he was introduced to the players and the members of the technical team on the same day as he announced his arrival at the champions.

“I have worked with some of the superstars here. But it was amazing to come across the cream that you meet at the training ground‚ it is unbelievable‚” said the 53-year-old coach after his first day at Chloorkop.

“The energy was there and you could feel it that‚ goodness me‚ this is an environment that is so fertile that success should also be a possibility.”

Sundowns swept almost everything on offer last season after winning Premiership title‚ the Telkom Knockout and the Nedbank Cup. Komphela said the club’s own success will be their number one enemy when the season kicks off in the coming days.

“[But we should also] not underestimate the success they built is [as it is] actually their enemy currently‚ because they have to get better‚” said Komphela‚ who twice reached cup finals during his almost three-year stay as Kaizer Chiefs coach but twice failed to take the winner’s podium.

Downs will kick off their season with a crunch match in the MTN8 quarterfinal against Bloemfontein Celtic in Atteridgeville (6pm) on Sunday‚ the same team they defeated in controversial fashion last month to lift the Nedbank Cup trophy.

“What they have built to who they are today is what has to be maintained in a worst-case scenario. But it has to be surpassed‚ which is what coach Manqoba and Rulani have mentioned.”

Sundowns will be undergoing a major rebuild in the upcoming season to plug the gaping hole left by Pitso Mosimane‚ who left for Egyptian powerhouses Al Ahly last month‚ after signing no less than 12 players in a massive shakeup at the cash-rich club.

Komphela said that while he is still finding his feet at his new club‚ he appreciates the responsibility that will now also rest on his shoulders along with joint-coaches Mngqithi and Mokwena to make the new recruits settle in as fast as it is possible.

“It is a great environment and I am also aware of the fact that there are new players coming and they are also at this level of anxiety (as new arrivals).

“But that I’m also‚ this is my first day‚ at the level of coaching you have a responsibility of making everybody (new players) settle down.

“I just joined the first day and first days are very anxious. But I am very delighted to be part of this great team and very successful team.

“One obviously joining a team of this calibre‚ expectations will always be there. Beyond that‚ joining coach Rulani and coach Manqoba at their head coach positions‚ it is all about coming and sharing brains and thinking for the club in the best interests of the club and also thanks to the President and his board for the wonderful opportunity.”