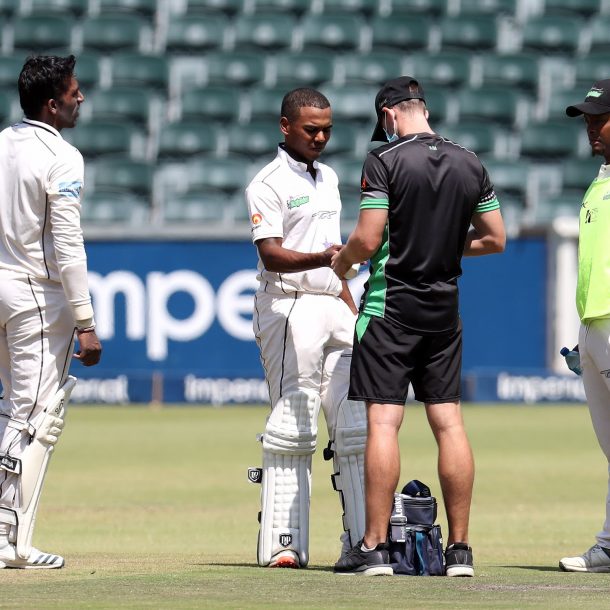 Keegan Petersen has been nervous about making his Proteas Test debut for a while now and he admitted that the thought of doing so during the tour of the Caribbean this month is already giving him the heebie-jeebies.

The 27-year-old right-hander was part of the Proteas team that jetted out to the West Indies on Monday evening for the two-match Test series and five Twenty20s.

The first Test starts at the Daren Sammy Cricket Ground in St Lucia on June 10-14‚ and the second and final match on June 18-22 at the same venue.

Following the retirement from Test cricket of Faf du Plessis‚ Petersen is poised to make his debut in the opening match and that much was confirmed by new captain Dean Elgar‚ who said at his departure press conference on Saturday that‚ “without Faf‚ a guy like Keegan Petersen comes into the mix”.

“I have been nervous for while now already‚” said Petersen.

“It gives me goose bumps just thinking about it right now. I know I will have big boots to fill. When I try to think about it‚ you know‚ anyone would be nervous.

“But it is what we dream of as kids and eventually when the dream becomes a reality‚ it kind of gives your system a shock‚ to say yeah you have found your dream so now what are you going to do about it.”

Petersen’s selection is not cast in stone and will only know for sure when the team is announced.

“We don’t know where it is going to go in terms of selection‚ but if I do get a chance I will obviously be extremely excited to represent my country and play with a good bunch of blokes.”

Petersen has been a regular performer on the domestic scene over the past few seasons and his inclusion in the squad was due reward.

If selected‚ Petersen is expected to slot in at No.4 where Du Plessis predominantly batted before his retirement.

Petersen could also come in at his favoured‚ No.3 but Rassie van der Dussen is establishing himself in that position.

The Proteas assembled at Kingsmead in Durban ahead of their departure and Petersen said preparing in the conditions at his home venue was ideal to the pitches they will be confronted with in St Lucia‚ which is expected to be low and slow.

“Ja I always believes that Kingsmead has prepared me for any slow or turning wicket or whatever the case may be.

“Whatever I will get I know I will be prepared for. I don’t know the conditions and we will see when we get there. But whatever it is it won’t be anything new to me.”