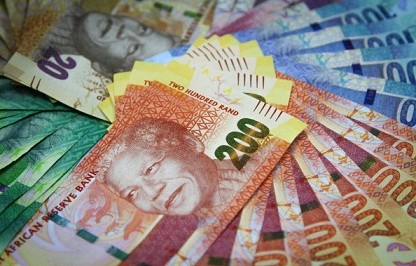 ‘Just trust us‚ we will do our best!’: MPs interview AG hopefuls

“Just trust us‚ we will do our best!”

These were the words of ANC MP Nokuzola Tolashe at the end of an 11-hour interview process to select the country’s next auditor-general.

The committee had just been put on the spot by Edmond Shoko-Lekhuleni‚ the last of the six candidates interviewed for the position on Thursday.

Shoko-Lekhuleni’s parting shot was a request to MPs who sit in the committee to: “Write clearly to the people of South Africa‚ how you would have satisfied yourselves that the next auditor-general is someone who has a legal mind‚ that is independent to actually address the aspects of the Public Audit Act that requires of them to be of legal understanding”.

He said this would be key in light of the changes to the Public Audit Act‚ which make the auditor-general a quasi-arbiter who is expected to address matters of legal jeopardy.

These are some of the skills Shoko-Lekhuleni professed to possess‚ saying: “The people of South Africa deserve an auditor-general who is a skilled negotiator and a diplomat.”

This would be on top of being “an organisational strategist”.

“As a strategist myself‚ I have spent the last half decade of my life giving strategic advice to auditors-general across Africa and the rest of the world.

Shoko-Lekhuleni spoke at length about his accomplishments‚ leadership and legal experience.

In the end MPs stopped him‚ citing time and “a threat of load-shedding”.

He told MPs he had a“burning question” for them before leaving.

Tolashe responded: “We want to assure you as the committee we are going to do our best to make sure we satisfy all the legal angles as well as the expectations.”

Shoko-Lekhuleni‚ who also described himself as a master of international law‚ then gave advice on getting a legal mind in light of the new powers given to the auditor-general.

For Michael Sass‚ a former senior official at the National Treasury‚ the days building up to the interviews were spent trying to clear his name.

Sass told MPs that he would withdraw his candidature if he was found to be implicated in wrongdoing with regards to the Integrated Financial Management System project when he was still at the National Treasury.

Sass now works as the CFO at the National Health Laboratory Services.

“There were a number of accusations that were made in terms of lapses of control‚” he said. These have been investigated and are being investigated by the SIU.”

Sass revealed that when he was shortlisted for the auditor-general position‚ he contacted the SIU and asked them to interview him and give him a view as to whether he was guilty of anything. But the investigation is ongoing.

“The SIU has come back to me and have interviewed me and have told me that I am not a person under investigation‚ and at the moment I don’t have anything they believe I’ve done wrong.

“On that basis‚ I didn’t withdraw from this interview because I believe there is nothing that has been done wrong and I believe the ultimate report once issued will [clear] my name‚ and on that basis I believe that I am still capable of fulfilling the role of the auditor-general‚” he said.

The matter was raised by a member of the public who wrote to the ad hoc committee objecting to Sass’ candidature.

Deputy auditor-general Tsakani Maluleke‚ a firm favourite if parliamentary rumour is anything to go by‚ had MPs eating out of her hands.

She too had to address concerns raised by the public‚ including an allegation that she did not adequately address a racism complaint reported to her. She fended off the allegation‚ saying the matter was addressed and that it was more of a leadership issue or inadequate leadership skills concerning the complainant.

Maluleke came across as confident and spoke eloquently about the achievements of the auditor-general’s office. She was also not shy to tackle topics like transformation and women empowerment.

“I’m a woman. I’m a female leader and if you look at the world now‚ women leaders of nations that seem to be winning the battle against the Covid-19 pandemic and its impact on society‚ they seem to be demonstrating some very noticeable common features: empathy‚ compassion‚ a respect for science‚ they communicate well‚ and those are the characteristics that are common to me‚” she said.

“That’s what I seek to develop even more because that’s the natural way in which I lead and that’s the way I think the world calls upon us to lead‚” she added.

Maluleke‚ a professional auditor and accountant‚ has been working in the office of the auditor-general for just over eight years – seven of them as Makwetu’s deputy.

In her opening remarks she spoke about the responsibility of professionals towards society. “Society invests in all of us as professionals and society has particular expectation on how are we going to show up in the execution of our work‚ not only that we should be technically competent but that we should act in the public interest‚ to help build society and to help build on the expectations the society has when it invests in us‚” she said.

Moses Gasela‚ Shabeer Khan and Zakariya Hoosain were also interviewed for the position.

Of the 71 people who applied‚ eight were shortlisted but two withdrew their names.