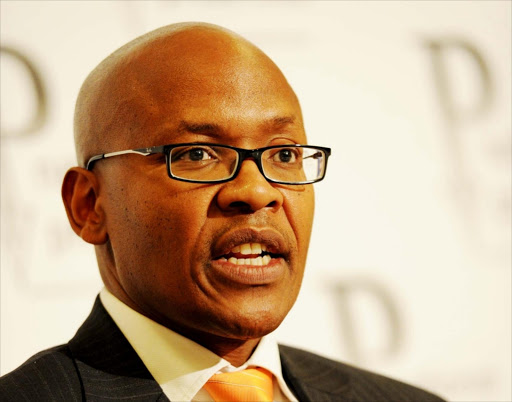 ANN7 and The New Age owner Mzwanele Manyi has been ordered to remove social media posts he made against billionaire entrepreneur Magda Wierzycka within 24 hours.

The Johannesburg High Court made the order on Monday after it was heard as an urgent matter on September 13.

Acting Judge Fiona Dippenaar granted an interim order which interdicted Manyi from making‚ publishing‚ retweeting‚ commenting on or sharing defamatory statements against Wierzycka until the case had been heard by the Equality Court.

Wierzycka‚ chief executive of Sygnia Asset Management and South Africa’s richest woman‚ sought an order to declare statements Manyi made against her between August 1 and 5 this year on Facebook and Twitter as defamatory.

Manyi said in one of his statements that Wierzycka was guilty of economic “terrorism” and was a racist.

“She objectifies black people as things than can be bought‚” Manyi said.

On Monday night at 8.30pm Manyi’s tweets were still online.

Manyi tweeted on Monday night that he is still studying the judgment “which has still NOT pronounced on the issue”. (https://twitter.com/MzwaneleManyi/status/932681017932042240)

“I can’t even find the tweets referred to‚ nor do I know which ones are offensive to Magda. My phone can’t go back to August.”

Advocate Vuyani Ngalwana SC‚ representing Manyi‚ argued in court that Manyi’s remarks were made in a “robust” political debate and were his right to freedom of expression.

Manyi in one of his posts questioned whether Wierzycka was related to Janusz Waluś who murdered SA Communist Party leader Chris Hani‚ due to their common Polish ancestry.

Advocate Lwandile Sisilana‚ representing Wierzycka‚ argued that associating Wierzycka with Waluś was inviting the public to view her as someone associated with murderers.