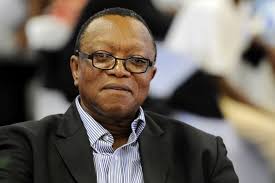 Inquiry to be launched into Prasa after board dissolved

The Portfolio Committee on Transport has resolved to establish an inquiry into governance challenges at the Passenger Rail Agency of South Africa (Prasa).

This comes after the Prasa board was dissolved by parliament on Wednesday‚ after a two day briefing to the portfolio committee on transport.

The briefing was held to discuss Prasa governance challenges and the recent axing of the former Acting Group Chief Executive Officer‚ who was seconded from the Department of Transport.

The Chairperson of the Committee‚ Dikeledi Magadzi‚ said the resolution was not taken lightly by the committee.

“After two days of deliberations‚ the Committee still did not have a sense of whether Prasa will be saved. It is important that Prasa works if we are to grow the economy and deliver on the mandate to get poor South Africans to work‚” Magadzi said.

Magadzi said there was no sense that the board was in control of anything.

“It does not seem that there are controls at the entity to ensure good governance in line with legislation. That said‚ the Committee is of the view that the entity could still be saved‚” she said.

The Chairperson said the terms of reference and composition of the inquiry will be decided at the next Committee meeting.

“Representatives and officials should at all times seek to be of use to the poor people we are meant to serve. Prasa is spending public funds resolving disputes and fighting among officials and‚ in the meantime‚ delivery to the people is suffering‚” Magadzi said