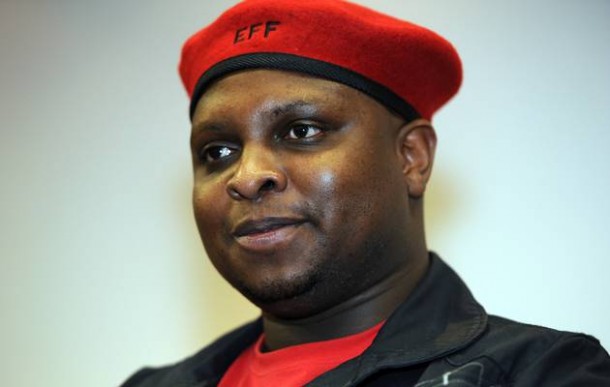 The Economic Freedom Fighters (EFF) is convinced that its election machinery will be stronger in the 2019 national elections‚ which the party says will mark the exit of the ruling party.

The ANC must start packing its bags because the time is over‚ the ANC must leave‚” said EFF deputy president Floyd Shivambu.

“They had 54% at national level [during the 2016 local government elections] so it will be easy to flip them below 50% in 2019 and then we take government and deliver services to our people and bring about economic freedom for all.”

He was addressing the media at the party’s third plenum‚ which began on Friday morning and is to end on Sunday afternoon‚ in Kempton Park.

Part of the EFF’s preparations for the 2019 national election is to strengthen structures in the provinces and ensure the party is represented in every voting district.

“By the time we get to 2019‚ we will have properly constant structures in all regions‚ branches and all provinces‚” Shivambu.

“One thing we know for sure is that they will be a good number of provinces where there will no party that will win elections there. That’s one thing that is guaranteed for 2019‚” added Shivambu.

He said there were lessons to be learnt from the local government elections‚ when the EFF helped removed the ANC in key metros.

“The greatest lesson that we got from the 2016 local government elections is that the EFF must be organised even in a much more basic unit than a ward-based branch. That is why now we talking about introducing a model that will have voting districts structures and teams of the EFF that’s going to exist in those structures.

“Such that we have got members that we can account for in every voting district. We will definitely do better in the national elections‚” said Shivambu.