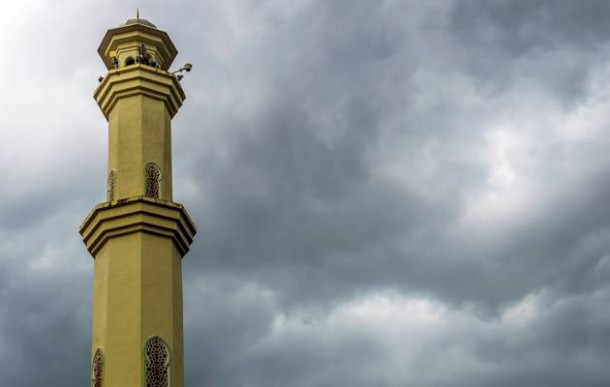 The South African Human Rights Commission has strongly condemned the desecration of two Cape Town mosques‚ saying it is considering pursuing its own investigation into the incidents.

The comes after a pig snout was left on the gate of Simon’s Town Mosque and an intruder smeared blood inside Kalk Bay Mosque.

Police confirmed on Tuesday that they were investigating both incidents‚ which have also been condemned by City of Cape Town mayor Patricia de Lille and Western Cape Premier Helen Zille.

Commission Chairman Prof Bongani Majola said on Tuesday evening that these actions displayed a “flagrant disregard for constitutionally enshrined rights to freedom of religion‚ dignity‚ and equality for all”.

“Freedom of religion is a human right and all places of worship are sacrosanct. Our Constitution protects freedom of religion and thus we cannot allow this type of action to persist in a society based on equality and diversity.”

A statement from commission‚ which now comprises a number of newly-appointed members‚ said the body was heartened by the swift action of the South African Police Services (Saps) and the criminal investigation‚ which is underway.

“The commission calls on the Saps to intensify its efforts to identify the perpetrators.”

It confirmed that the The Muslim Judicial Council (MJC) had lodged a complaint with the commission.

“The commission is assessing the situation‚ with a view to initiating its own inquiry into the matter once the perpetrators have been identified.”

Earlier on Tuesday‚ MJC spokesman Shuaib Appleby said the police should approach the incidents as terrorist activities. “Even though people are not being killed [they must treat them] with the same kind of diligence and the same kind of expertise‚” he told The Times.

He said the perpetrators may not have used bombs but their violation of the sanctity of the mosques had the same effect as a petrol bomb.

Western Cape police spokesman FC van Wyk confirmed that cases of crimen injuria and malicious damage to property had been opened. No arrests had been made.