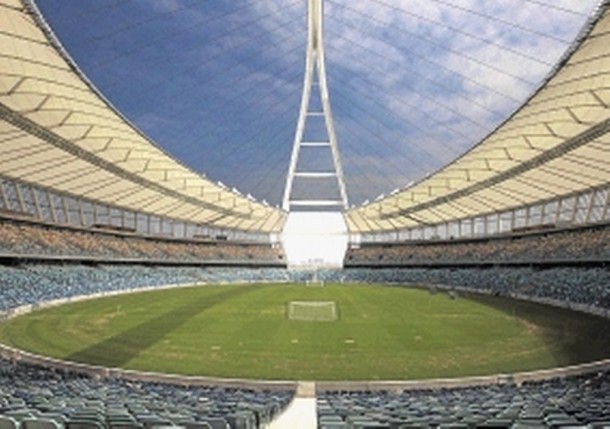 Durban made “significant departures” from its original promises‚ which is why it lost the rights to host the Commonwealth Games in 2022.

This is according to the Commonwealth Games Federation (CGF) in a statement issued yesterday.

It had emerged earlier in the day that the city had earlier been stripped of the 2022 event at a meeting of the CGF executive in London.

“The CGF has completed its review of the final information submitted by South Africa on 30th November‚ 2016‚ to determine whether their proposals for hosting the 2022 Commonwealth Games are consistent with their original bid commitments and the host city contract‚” the CGF said in a statement.

“It is with disappointment that the detailed review has concluded that there is a significant departure from the undertakings provided in Durban’s bid and as a result a number of key obligations and commitments in areas such as governance‚ venues‚ funding and risk management/assurance have not been met under the revised proposition.”

The news was also confirmed by SA Sports Confederation and Olympic Committee president Gideon Sam who on Monday afternoon‚ via text message‚ said that Durban would not be hosting the Games.

“The Commonwealth Games Federation is looking for an alternative to Durban‚” he wrote.

Sam was in London attending meetings with the Commonwealth Games Federation’s executive board who met in London on Saturday through to Monday‚ where‚ among other things‚ the Durban bid was discussed.

According to industry news site Beyond The Games‚ CGF president Louise Martin travelled to Pretoria last week in a last-minute attempt to convince the South African government to put up financial backings for the Games – which were expected to cost in the region of R8-billion.

The Presidency’s Bongani Ngqulunga said he was not aware of the meeting.

Sports and Recreation Minister Fikile Mbalula admitted two weeks ago the city was facing an uphill battle to host the Games amid the fight over funding.

Last week the Sunday Times reported that‚ according to sports department officials‚ the CGF wanted to “squeeze” the government for more cash that it had originally agreed to. One source said Treasury was still willing to guarantee the R4-billion it initially signed off on‚ but would not meet the CGF’s additional requirement for double this amount.

These financial considerations led Sports Minister Fikile Mbalula to note that it “doesn’t look good” for Durban’s chances to host the Games.

Initially awarded in September 2015 to great fanfare‚ Durban’s hosting of the Games got off to an immediate rocky start. First‚ a crucial host city payment of £1.5 million (about R26 million) was missed. Then the country failed to establish a local organising committee‚ and did not sign a host city contract.

The CGF gave South Africa an ultimatum to supply all documentation by November 30 last year‚ with the deadline met with just days to spare.

According to Behind The Games‚ the CGF has already been speaking to potential replacements. Liverpool has publicly put their names forward and‚ during early reports that Durban’s hosting was under threat‚ rumours circulated that Sri Lanka was also interested. Australia‚ with is hosting the 2018 Games‚ has also reportedly put up its hands to replace Durban.

Despite these mishaps‚ Louise Martin‚ CGF president‚ said: “The CGF will continue to have an open dialogue with the South African Sports Confederation and Olympic Committee and the Republic of South Africa and remains committed to realising the shared ambitions of a future Commonwealth Games in Africa. The CGF is fully confident and committed to delivering a successful Commonwealth Games for athletes and fans in 2022.”

Meanwhile the Democratic Alliance leader in KZN Zwakele Mncwango lambasted what he called the waste of R118-million that it cost the City of eThekwini to bid so far.

“We could not afford the Commonwealth Games from the start‚ but now good money has been thrown at a bad idea‚” he said in a statement.

“This is a devastating blow to our city. I will now demand a full-scale investigation by the Municipal Public Accounts Committee into the total cost wasted by the city through its involvement in the bid.”