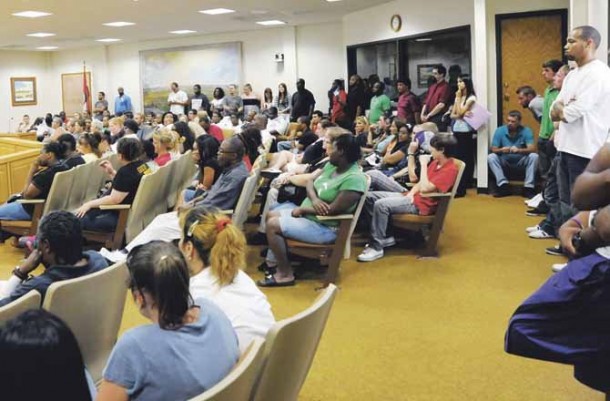 Hospital prevented me from staying with my child, says Father

Video footage has emerged of a father being physically assaulted by security guards at the Mamelodi Public Hospital‚ east of Pretoria‚ after he refused to adhere to the rule that only one person may be with a patient in Casualty.

In a Facebook post‚ the father said that his child was about to see the doctor on Thursday last week. He wanted to remain with his child‚ but he was told that only one parent should be present.

The father said that he refused to leave and said that he explained to the guard that he is “equally as responsible for [being] here as the mother of my child”.

“For saying this‚ I was manhandled out of the public hospital like a criminal‚ if not some disgusting animal for wanting to play my role in parenting my child‚” the father said in the post.

The footage showed a man being approached by two security guards‚ who pull him out of the chair he was sitting in.

You can hear the father saying‚ “you cannot deprive me of being with my child”.

The man and the guard can be seen grabbing each other‚ and then the father being manhandled out of the ward.

The security guards attempted to prevent the mother from taking a video.

Steve Mabona‚ spokesperson for the Gauteng Department of Health‚ said that the department condemns the incident involving health professionals‚ security and aggrieved family at the hospital.

However‚ Mabona said that the hospital had policies to adhere to in assisting all patients at government facilities.

“We do not allow more than one person who is in the company of a patient at casualty.

“We call upon family members of patients to cooperate with health professionals and security at all our facilities‚” Mabona said.

He said there was also a policy on visiting hours‚ and asked that families adhere to set visiting hours which are meant to assist health professionals to do their work while allowing patients to recuperate as well.

When asked if action would be taken by the department‚ regarding the actions of the security guards‚ Mabona said that the department had no further comment.