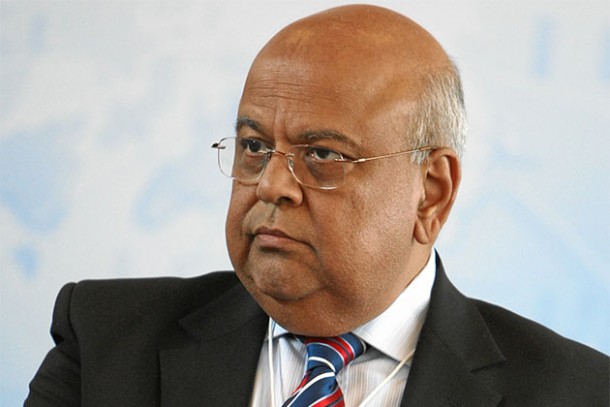 High stakes – The rifts within the ANC over Pravin Gordhan

As the ANC’s elective conference draws closer and divisions emerge‚ more party leaders are expected to publicly voice their support for or against Finance Minister Pravin Gordhan.

There is a faction in the party’s National Executive Committee (NEC) perceived to support Gordhan and‚ by extension‚ deputy president Cyril Ramaphosa to take over the reins from Zuma. And there is a faction that is seen to be behind president Jacob Zuma.

Zuma’s faction is said to be pushing for his ex-wife Nkosazana Dlamini Zuma to take over as leader of the party and country.

ANC chief whip in Parliament and NEC member Jackson Mthembu is the latest senior party leader to speak out in support of Gordhan.

Mthembu‚ who previously defended Zuma in parliament when opposition parties called for his removal after he was found to have benefitted from certain upgrades to his home at Nkandla‚ made a U-turn over the weekend and called for the party’s leadership to step down.

He said that criminal charges levelled against Gordhan by prosecution authorities were politically-motivated and said the entire NEC should quit in light of the party’s poor performance in the local government elections.

Zuma’s supporters lined up and attacked Mthembu‚ including the Umkhonto We Sizwe Military Veterans Association‚ the ANC Youth League‚ and the ANC in Mpumalanga.

Mthembu has repeated a call similar to that made by disgruntled ANC members who rallied behind calls to “Occupy Luthuli House“.

“We are factionalist. Maybe it is the right thing to do for the NEC to resign and to get other people‚” he said. He described the NEC as being paralysed.

The similarity between Mthembu’s utterances and the “Occupy Luthuli” cabal could be pointing to a formidable force behind the scenes waiting to strike hard during the party’s 2017 elective conference.

In a statement the Mpumalanga ANC asked: “Who was he [Mthembu] speaking on behalf of and for the benefit of whose agenda?“

Mthembu has also made a commitment to support Gordhan when he appears in court.

The presence of NEC members during Gordhan’s court appearance‚ on November 2‚ could shed more light on who else supports his faction.

The ANCYL and the MKMVA have called on the party to haul Mthembu before a disciplinary hearing. An apparent lack of appetite to reign him in points to divisions in the party’s top six.

Among the top six officials‚ Ramaphosa and ANC treasurer Zweli Mkhize have already played their cards in support of Gordhan.

“I lend my support to Minister Gordhan as he faces charges brought against him by the National Prosecuting Authority‚” said Ramaphosa. “I have known and worked with Minister Gordhan both in government and during the days of the prosecution of the struggle for a non-racial‚ non-sexist democratic society‚” he said.

The party’s secretary general Gwede Mantashe has been sitting on the fence‚ unlike his deputy Jessie Duarte who called on Gordhan to present himself before court to answer allegations of fraud.

The balance of forces in the ANC’s NEC and among the top six leaders will become clearer once Mantashe and party chairperson Baleka Mbete reveal who they back.

Except for Mpumalanga and KwaZulu-Natal‚ the North West‚ Free State‚ Limpopo‚ Northern Cape and Western Cape provinces have not shown their hands.

Political analyst Professor Tinyiko Maluleke said it was too early to gauge the balance of forces between warring factions within the ANC.

“There are several possibilities when senior members like Jackson Mthembu speak like that. It could be that he is speaking only about Gordhan or about the succession debate.

“And he could be looking for a place for himself beyond the current term of office. It could be that he is speaking about state capture and the fate of Gordhan‚” he said.

Maluleke said the fate of the ANC was in the balance and unless the party urgently regrouped and got its house in order‚ worse could happen.