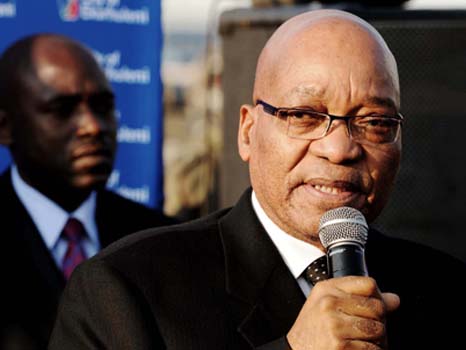 The Pietermaritzburg high court is expected to hear an 11th hour urgent application by former president Jacob Zuma to stop the police arresting him ahead of his plea to the Constitutional Court that it rescind its ruling that he spend 15 months in jail for contempt of court.

The apex court said it will hear his case on July 12.

However‚ the warrant of arrest signed by Constitutional Court judge Sisi Khampepe is still enforceable.

After Zuma failed to hand himself over on Sunday‚ the police minister and national commissioner of police are obliged to adhere to the order that they arrest him within three days. That deadline is Wednesday.

In papers seen by TimesLIVE it is understood both police minister Bheki Cele and national police commissioner Gen Khehla Sitole have filed notices to abide by the decision of the court.

In his affidavit‚ Zuma said the Pietermaritzburg high court has powers to enforce or stay the execution of any order of court‚ even the order of a higher court.

He said his personal liberty is at stake as a result of his imminent detention without trial “in breach of my constitutional rights‚ including the right to life‚ the right to dignity and the right to freedom”.

In part A of his application‚ he wants the court to immediately stay the warrant of arrest.

In part B — to be heard at a later date — he wants a general order‚ declaring that all persons accused and convicted of the crime of contempt of court‚ whether in civil or criminal proceedings‚ are entitled to their rights and that it be declared unconstitutional to sentence an accused in civil contempt proceedings without a trial‚ as set out in the Criminal Procedure Act.

Last week‚ most judges in the ConCourt ruled that Zuma had blatantly disobeyed its earlier ruling that he appear before the state capture inquiry.

They ruled that because he had refused to participate in its deliberations on the issue of contempt‚ there was no point in handing down a suspended “coercive” sentence and he must serve 15 months in jail.

The court has since agreed to hear submissions from him.

In the high court application‚ Zuma said after he failed in his bid to get inquiry chairperson judge Raymond Zondo to recuse himself‚ he filed court papers to challenge this.

He said he did not appear before the inquiry because he believed he had the right to wait for the outcome of the review proceedings.

Instead‚ he had been found guilty of contempt by the apex court‚ which he cannot appeal. However‚ he said‚ he believes he has a strong case for a rescission‚ reconsideration or variation of the order.

“I am advised that while this is an extraordinary application in itself‚ my prospects of success are reasonable‚ particularly in light of the admitted exceptionality of the circumstances under which I must serve a term of imprisonment for contempt in circumstances where I was not subjected to a trial.

Zuma plays the blame game‚ says judiciary‚ Zondo and Madonsela are responsible for his woes
Former president Jacob Zuma addressed a gathering – with many not wearing masks and little to no social distancing in place – on Sunday‚ thanking his …
POLITICS17 hours ago
“Detention without trial was outlawed with the advent of the current constitution‚ which makes a break with our ugly past. My pending incarceration is imminent in a matter of days or hours. There are no compelling reasons why I should not be afforded the protection of an interdict or stay of incarceration pending the determination of my court applications.”

He said due to his advanced age and “very precarious health conditions”‚ and in light of the deadly Covid-19 pandemic‚ imprisonment would pose a threat to his life and would effectively be a death sentence.

He said should his applications fail‚ he would serve his time in prison. “I have said publicly and now say so under oath.”

However‚ he said‚ the stay of the warrant should not just be extended until the outcome of the Constitutional Court process‚ but also until the outcome of his challenge under part B of his application to determine the constitutionality of sending someone to prison in civil proceedings‚ without the fair trial rights guaranteed in criminal proceedings.

The secretary of the state capture inquiry is expected to file opposing papers later on Monday.