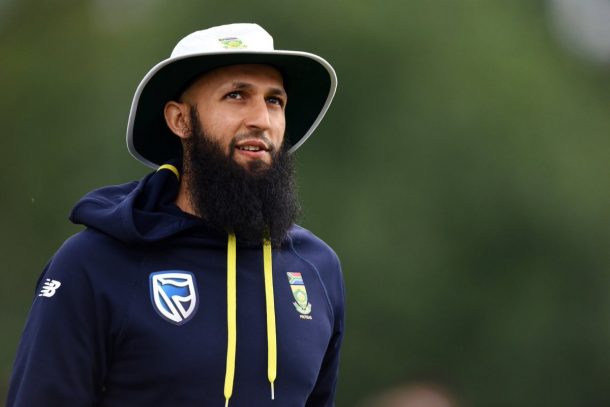 Hashim Amla backs Lungi Ngidi in Black Lives Matter debate: ‘I stand with all those who are oppressed’

Former captain Hashim Amla has become the latest former Proteas player to publicly come out in support of Lungi Ngidi in the wake of the fast bowler’s position on the Black Lives Matter (BLM) movement.

Amla‚ who earned legendary status with his 9‚ 282 runs in 124 Test matches at an average of 46.64 with a career best unbeaten score of 311 for South Africa‚ joined a group of former Proteas‚ domestic players and coaches who on Tuesday came together in support of the 24-year-old Ngidi.

“I stand with all those who are oppressed. And I stand with @lungingidi (again)‚” the 37-year-old Durban born Amla said in a statement he posted on his Instagram on Wednesday.

Amla posted the statement along with a picture of him and Ngidi during the fast bowler’s Test debut against India in Centurion in January 2018.

Responding to a journalist’s question during a media briefing last week‚ Ngidi said the Proteas will have to “discuss” the team’s stance on the BLM campaign ahead of Saturday’s 3TeamCricket in Centurion.

“Many of us‚ including myself‚ have bore the brunt of these delusions and have crazy stories to tell which is why it makes it even more admirable to see exceptional youngsters like @lungingidi doing his bit to represent us all.

“Thank you brother and all those who stand up for just causes in their own way-publicly and privately.

“I speak for myself and those who share this belief that the end product of being racist is only self destruction and social change.

Ngidi will run out in anger for the first time in over three months when live cricket makes its return in Centurion despite surging Covid-19 cases in Gauteng.

He is in the Takealot Eagles team that will be captained by AB de Villiers.

The Kagiso Rabada-captained OUTsurance Kingfishers and the Quinton de Kock-led Mr D Food Kites will slog it out with the Eagles in the inaugural tournament that will see three teams of eight each play in a single match for the Solidarity Cup.