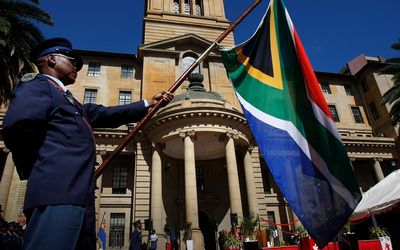 Harsher sentences have been proposed in draft amendments to the law made public last week.

One proposal is that the rape of “older persons” be treated as harshly as the rape of minors and the disabled.

On November 3 last year, 21-year-old Thandanani Sishwili walked into the bedroom of a 79-year-old woman in Nongoma, northern KwaZulu-Natal. When the woman refused to give him cash, Sishwili throttledher. He let the woman live but raped her before running away. A month later Sishwili was arrested and was sentenced to 15 years in prison in the Nongoma Magistrate’s Court on August 30.

But a change proposed in the Judicial Matters Amendment Bill, which has been published for public comment, would have offenders such as Sishwili spending even more time behind bars.

One of the changes is that the rape of older persons – defined as women older than 60 and men older than 65 – be punishable with a sentence of “imprisonment for life”.

Currently, the Criminal Law Amendment Act stipulates that a minimum sentence of life imprisonment is applicable for the rape of children under 16, and of the physically or mentally disabled.

A life sentence under South African law is 25 years.

Deputy Justice Minister John Jeffery said yesterday that the proposals for harsher sentences were made because older people should be considered as among the particularly vulnerable.

“The intention is that it is a deterrent. There is a concern that sometimes judicial officers don’t see some offences as being so bad, so it would also serve as a sign to judicial officers. It’s legislation saying that these are more serious crimes,” said Jeffery.

Although judges would have the discretion to deviate from imposing a life sentence, the amendment, if enacted, would be likely to result in harsher sentences being handed down to convicted rapists.

In explanatory notes on the proposed changes to the law, the government says that the rape of elderly people is not specifically provided for in law and that although its prevalence is “difficult to quantify”, the law should be changed.

“The physical and psychological trauma of rape on older persons is, in many instances, significant,” the document says.

But the effectiveness of harsher sentences in dealing with South Africa’s rape crisis has been questioned.

Dee Smythe, a University of Cape Town professor who has written extensively about rape, said abuse of the elderly was “rampant” and action had to be taken.

“It does look good on paper. I think that having the elderly included [among the vulnerable groups] is, in principle, a good thing. These are people who are absolutely vulnerable,” she said.

Smythe said it was the rape of children and older women that tended to cause the most outrage. For this reason it was important to have sterner punishments. However, she was worried about whether the life sentences would curb rape.

“The drive to have harsher punishments, and having more people included in those harsher punishments, hides the fact that 70% of cases aren’t even making it to the courts. It’s quite easy to do, to push up the punishment, and politically it looks good – but it doesn’t deal with the underlying problem of rape in South Africa,” she said.

Lisa Vetten, a researcher at the Wits Institute for Social and Economic Research, agreed.

“There’s a loss at every step of the system,” she said.

Vetten said she was worried that the differentiation of sentencing might be perceived as harsher sentences being appropriate only for the rapists of certain categories of victims.

“One can understand the sentiment behind changing the law. People are appalled by vulnerable groups of people being attacked. But what is troubling about this is that it is unintentionally saying that there are groups of people whom it is abhorrent to rape and others whose rape is less shocking,” she said.

Sam Waterhouse, head of the Woman and Democracy Initiative at the Dullah Omar Institute, said she was not aware of any particularly lenient sentences being handed out to perpetrators of rape against the elderly that could have sparked the proposals to amend the legislation.