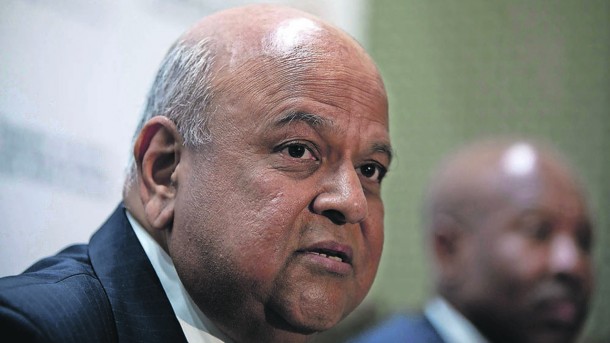 Former Finance Minister Pravin Gordhan has criticised Social Development Minister Bathabile Dlamini for the manner in which she brought anxiety to millions of social grants recipients.

“I have never attacked a colleague in public. I am going to break that now‚” he said at a memorial service for Rivonia trialist Ahmed Kathrada in Tshwane on Wednesday evening.

He was referring to the manner in which the payment of social grants was handled by Dlamini who told the Constitutional Court in March that the South African Social Security Agency would not be able to pay grants on its own from April 1.

“One must have the humility‚ sensibility … to say that a mistake was made‚” said Gordhan.

Gordhan said Dlamini could not put the blame for the debacle on the CEO of Sassa‚ Thokozani Magwaza‚ and Treasury for bringing anxiety to millions of grant recipients.

In her explanation to court‚ Dlamini referred to Treasury’s refusal to allow Sassa to get a new contractor to pay grants without first undergoing a proper tender process.

In his address to hundreds of people at the memorial service‚ Gordhan referred briefly to the period when he was recalled by President Jacob Zuma from an international investor road show in the United Kingdom‚ his removal as minister and the recent ratings downgrade by S& P Global.

Gordhan said that some people interpreted his appearance in at the memorial services as the revival of his activism. “This is not about (former deputy finance minister Mcebisi) Jonas and I saying I want my job back‚ ” he said.

Gordhan said he should have retired a long time ago and indicated to Zuma when he was appointed in December 2015 that there were others who were more capable.

Kathrada was a resilient‚ humble and principled man‚ he added. “It is a resilience we as a nation need to have. We must also remember Kathy as a symbol of hope. That resilience and hope is crucial.”

Gordhan said it was also important to understand the political values of Kathrada. “This was a generation that was not compromising. This trait keeps us alive.”

Kathrada was passionate against any form of injustice. Gordhan mentioned recent reports of women raped in taxis around Johannesburg and the case of a former South African Revenue Service deputy commissioner who was accused of wrongdoing while at Sars. He warned that citizens would react to injustice from authorities.

Gordhan also said there was a trend where the poor were being misled. “There is a new phenomenon that the rand will fall and we will pick it up. That is misleading the poor‚” he said.

He said if the rand fell against the dollar‚ there would be huge consequences for pension funds‚ the oil price and an increase in food prices as a result. “That is the truth they should be told.”

He also bemoaned the fact that some people accused him of being a conspirator when he spoke. “If we are a democracy‚ we have a right to state our views. I am not here to mobilise you.”

He urged everybody to “work together to create a better South Africa.”

Despite the challenges‚ he expressed optimism for the country. “We don’t have Trump yet. We don’t have Brexit yet. We have a potential to create jobs‚ train people … and have radical economic transformation that benefits everybody.”

Gordhan said many “of us” who had been in the ANC for years wanted a united ANC that truly represented the aspirations of all.

Former Gauteng community safety MEC Firoz Cachalia said Kathrada died when the country was at a crossroads. He said Kathrada and the two remaining Rivonia trialists‚ Andrew Mlangeni and Denis Goldberg‚ had expressed concern about the direction the ANC was taking.

“These were leaders who were prepared to die for freedom‚” said Cachalia.