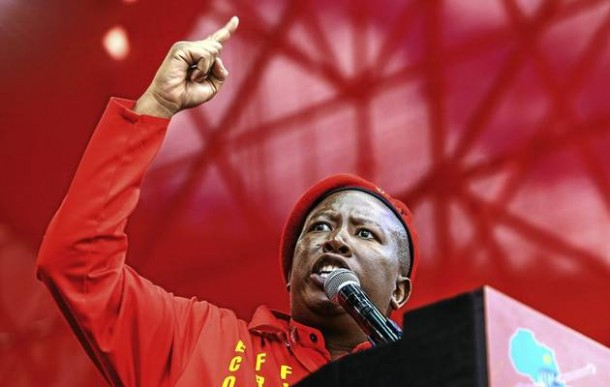 Going to ANC’s birthday bash makes you a ‘traitor’: Malema

The Economic Freedom Fighters leader launched into a Twitter tirade‚ saying the “occasion is for the politically connected black elite‚ it is their opportunity to show off their ill-gotten wealth”.

@Julius_S_Malema tweeted: “If you are young and find yourself at Orlando stadium on sunday then you are a traitor‚ the unemployed and the poor in Soweto must stay home”.

He also posted that the celebration “is the festival of the rich‚ the only way to keep them out of power is to remove anything that smells @MYANC in Joburg and Tshwane”.

He had‚ just prior to the rant‚ also cast doubts on the ANC’s claims that it would “reclaim Gauteng…in 2019”.

He urged his coalition partners in the Democratic Alliance-run Johannesburg and Tshwane metros to “remove all ANC-deployed cadres” from the cities’ administrations.

The ANC’s birthday bash made headlines this week when Gauteng economic development MEC Lebogang Maile had to backtrack on a plan to extend liquor trading hours at Orlando Stadium for the weekend following a public outcry.