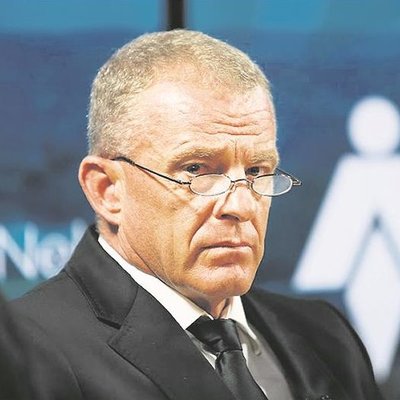 Get the popcorn ready – Gerrie Nel targets a politician

Nel announced in January 2017 that he had resigned as a state prosecutor‚ to head a private prosecution team which AfriForum was establishing. The team’s focus is to pursue prosecutions where the State “fails miserably or simply refuses to prosecute”.

AfriForum’s first private prosecution took aim at former president Jacob Zuma’s son Duduzane after he crashed his Porsche into a taxi in 2014 on the M1 freeway in Johannesburg‚ killing Phumzile Dube. The NPA has since indicated it is reconsidering a previous decision not to prosecute him for culpable homicide.

In February 2018‚ Nel said he wanted to try launching a case against a man accused of beating his wife. The National Prosecution Authority (NPA) issued a nolle prosequi certificate on September 11 2015 to indicate they would not prosecute the alleged assault. The alleged assault happened on March 16 2015. The couple has been married for 23 years. Divorce proceedings are under way.