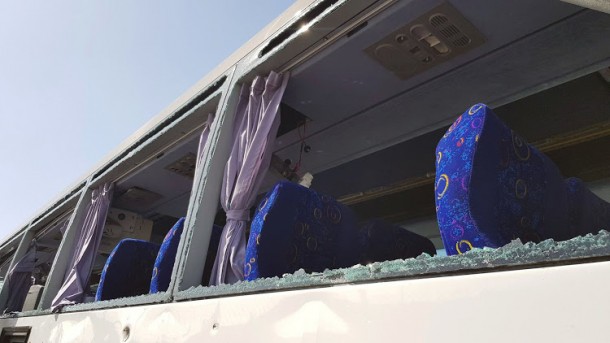 Four South Africans who remained in Egypt for medical care after Sunday’s roadside bomb blast that targeted the tourist bus they were travelling in returned to South Africa on Wednesday morning.

This was confirmed in a statement by the Department of International Relations and Co-operation (Dirco).

“No other details will be made available on this matter as they have requested privacy and time to recover from this traumatic experience‚” said department spokesperson Ndivhuwo Mabaya.

Earlier this week‚ Mabaya said four of the 28 affected South Africans had remained in Egypt. Three of them were being treated in hospital‚ while one woman had chosen to stay and help her injured husband.

The number of South Africans involved was revised to 28 from 25 after Dirco received further information from the SA ambassador to Egypt‚ Vusi Mavimbela.

On Monday‚ about 20 Durban parishioners returned home. The group‚ from the St Francis Xavier Catholic Parish and the Christ the King Roman Catholic Church on the Bluff and in Wentworth‚ were on the final leg of their pilgrimage tour to the pyramids in Egypt when the bomb exploded.

Father Mike Foley‚ from St Francis Xavier Catholic Parish‚ was among those injured.

A video which has been circulating on social media shows the victims in a state of shock after the blast. Some are seen with cuts and abrasions on their faces from the windows that shattered.