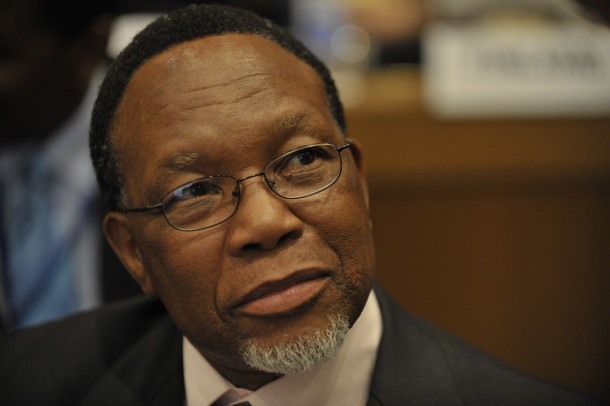 Former president of South Africa Kgalema Motlanthe will lead a seven-member delegation to investigate post-election violence in Zimbabwe that resulted in at least six deaths on August 1 when the army opened fire on protesting MDC Alliance supporters.

President Emmerson Mnangagwa said in a statement that as per his earlier promise the commission would “inquire into the circumstances leading to the August 1 post-election violence” as well as “investigate circumstances which necessitated the involvement of the military”.

After the August 1 disturbances‚ the Zimbabwe Republic Police (ZRP) initially said the law enforcement agency had asked the army to help with policing duties since it was constrained with police officers occupied with election business countrywide.

However‚ Foreign Minister Sibusiso Moyo‚ a retired general‚ later told journalists that it was not soldiers but rogue elements that took to the streets.

“We’re witnessing what are purported soldiers‚ but they’re not soldiers‚ and we’re very busy investigating this‚” he said.

A report by Bloomberg stated that Army General Philip Valerio Sibanda had asked for an explanation from Mnangagwa‚ his advisers and intelligence chiefs for the events that left six people dead in the capital‚ Harare. He is reported to have raised questions about who controlled the security forces.

Mnangagwa in his statement said the commission should leave no stone unturned in the widely condemned crackdown.

He tasked the commission to “consider whether the degree of force used was appropriate to the ensuing threat to public safety‚ law and order; to ascertain extent of damage/injury caused thereof; to investigate any other matters which the Commission of Inquiry may deem appropriate and relevant to the inquiry; to make suitable recommendations; and to report to the president in writing‚ the result of the inquiry within a period of three months from the date of swearing-in of the Commissioners.”

Mnangagwa’s mandate‚ widely referred to as “The New Dispensation” or “Second Republic”‚ seeks to move away from former president Robert Mugabe’s repressive regime of 1980-2017. The outcome of the inquiry into the post-election violence will be a litmus test for Mnangagwa.

In 1983‚ Mugabe put in place the Chihambakwe Commission to investigate political violence allegedly perpetrated by the army against nationalist Joshua Nkomo’s supporters that led to at least 20‚000 deaths by 1987. Its findings were never made public.