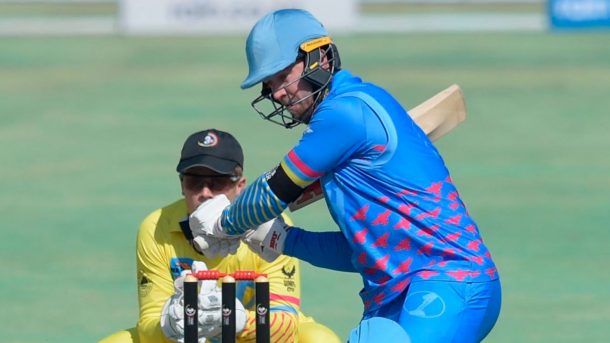 Former Proteas captain AB de Villiers has said he hopes to return to playing regular cricket after a swashbuckling display in the innovative inaugural 3Team Cricket at the weekend.

The 36-year-old needed just 24 balls to smash 61 runs as the Takealot Eagles soared to glory to mark the return to live sport in the country for the first time since March when cricket was halted due to the spread of the coronavirus pandemic.

“Let’s hope so. I don’t know what to expect to be honest‚” said the former Proteas batting superstar when asked if fans can look forward to him returning to regular action after his showing in the 3TeamCricket.

“It’s been a quiet few months and nothing has been really properly scheduled but obviously I would just like to get out there and play cricket.

“That’s what ultimately it is about. There is a lot of talk but for the meantime what I will do is just stay fit in the gym and make sure I hit cricket balls and stay in form.

“The rest is on the organisers and all the other uncontrollables to sort out like the virus‚ so hopefully it moves on and we can get back to as normal as possible in no time.”

The Black Lives Matter movement took centre-stage before the match with players and coaching staff taking the knee.

“There were obviously quite a few important things out there.

“Just getting out as cricketers playing a bit of cricket of doing it for solidarity in South Africa and showing that we can stick together as a nation and that to me was ultimately what it was all about it‚” said De Villiers.

“We had a lot of fun out there. There were some good catches and good shots and some good deliveries.

De Villiers conceded that he had a wobbly start but got his groove back as the match progressed and hit the bowlers all over SuperSport Park in Centurion.

“I was scratchy earlier on but once I got started it was like riding that bike again that I missed so badly.

“So honestly it was great to be out and now that I have started‚ I am definitely going to stay in the mix of things and keep practicing and try and get that form at the top level of what I can be.

“All in all I think there was a lot of good performances and a fun day out.”

De Villiers announced his retirement from all formats in 2018 but has been linked with a return to the Proteas side with an eye on playing in the ICC Twenty20 Cricket World Cup in Australia later this year.