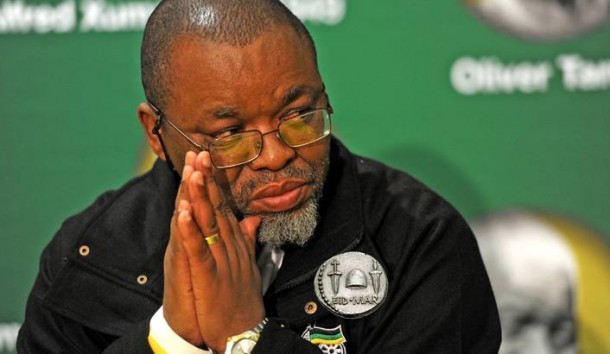 Forgive Zuma for mistakes as King David was forgiven – Mantashe

There have been calls for Zuma to step down following the Constitutional Court’s finding that he had violated his oath of office over upgrades for his Nkandla homes.

Mantashe made an example of King David in the Bible‚ saying he repeatedly made mistakes and was repeatedly forgiven.

The secretary-general was speaking at Nelson Mandela Bay Stadium in Port Elizabeth‚ ahead of the ruling party’s local government elections manifesto launch on Saturday.

The elections are expected to be hotly contested in the Bay which is the sixth biggest city in the country‚ after its support fell to below 50% in the 2014 provincial elections.

“Sometimes people exaggerate the problem; we lost one ward to the UDM (United Democratic Front) and (people said) that we were losing Nelson Mandela Bay. That’s why sometimes the public narrative of the development is very‚ very biased against the ANC‚” he said.

“In our interactions with our people‚ they continue to demonstrate their utmost confidence in the ANC‚ while acknowledging weaknesses and challenges in some areas. The ANC is convinced that the people of Nelson Mandela Metro will give the ANC a renewed mandate on 3rd August 2016 to build on the work that has already been done‚” read the party’s statement.

The party says it expects 100 000 supporters at the launch on Saturday and some of them will be brought in from other provinces.

Speaking on the sidelines of the briefing‚ Mantashe said experts gave public lectures on the finding court’s findings on Nkandla‚ thus opening up the topic for public debate. But when the ruling party speaks on the subject‚ it is seen as an attack on the judiciary.