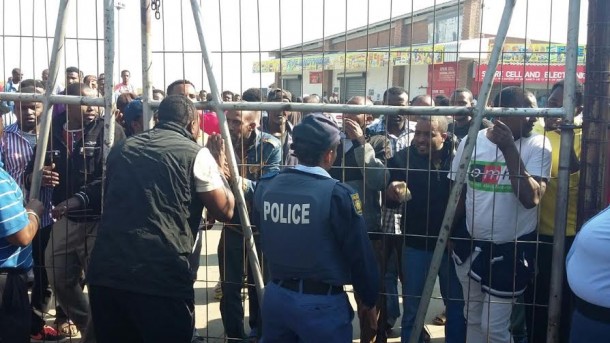 A group of foreign business owners gathered in front of the Embalenhle Police Station, to voice out their concerns regarding the high numbers of robberies and murders towards their fellow country men.

The owners tried to force their entry into the police station, however police managed to drive them back and calmed the situation.

It is reported that the owners had grievances of  being robbed in their shops and some of the members being attacked.

The police also raised their concerns they had with the owners. Police say they have a problem with how the foreign business owners run their shops.  Police complained that the owners do not stick to their closing times and that they do not show up when suspects are arrested to identify them.

However Police Spokesperson Selvy Mohlala said that they were able to reach a consensus with the group.