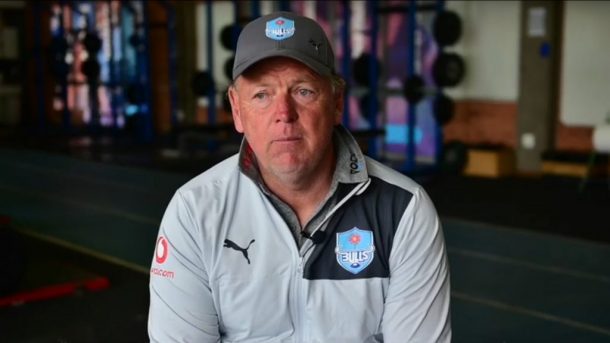 For the Lions to be competitive or indeed win their Currie Cup semifinal against the Blue Bulls at Loftus on Saturday‚ they will need to get the better of the hot favourites in five key areas.

Here are the five things that need to happen for them to pull off a shock.

1) Stand up in collisions

The Lions cannot afford to come off second best at the breakdown‚ or the collision in general. The Bulls pack a punch with an array of heavy hitters spread across their team sheet and they more often than not make the gains in contact necessary to set up a win.

Coupled to this is the ball poaching threat of Marco van Staden at the ruck. He has been peerless in that area this season and the Lions will have to find ways of negating his almost hyena-like predatory skills if they are to stay in the hunt. The Lions’ Jaco Kriel and Vincent Tshituka are going to have to spread themselves thin around Loftus.

As much as the occasion demands a greater compliance with the percentages‚ the Lions should not be drawn into a game of aerial ping pong with the Bulls. It is an area in which the Bulls are more likely to profit as they possess taller timber in their back division.

Those one-on-one confrontations are more likely to suit the home team. The Lions will‚ however‚ have to develop exit strategies in which they can transfer pressure onto the Bulls without exposing themselves to undue risk. Deft hands and the box kick are allies that can help them achieve that‚ but it will require the Lions to play with surgical precision under cut-throat pressure.

The Lions need to be in the game at the 70-minute mark. The Bulls by then would have thrown everything at them and while the hosts possess more experience to see out tight matches‚ the Lions are eminently capable of mustering a roar in the closing minutes. They are a team that can create opportunities from broken field and are more likely to profit if the games draws to a chaotic climax. First though the Lions have to hustle‚ bustle and scramble like they’ve never done before.

Tied to the above will be the Lions’ ability to exert pressure in the set-piece as the game wears on. While the Bulls’ Trevor Nyakane is a recognised industry strongman at tighthead‚ the Lions will be well aware of the hosts’ relative vulnerability in the scrum when he is not on the field. Depending how the Bulls play their cards in selection‚ the Lions may fancy their chances of coming to grips with their hosts in the scrum in the closing stages of the game.

5) Jantjies will have to boss

The Lions’ talismanic captain Elton Jantjies will have to play his best game of the season if his team is going to reach the final. Not that the Springbok pivot has been poor‚ he just hasn’t dominated in the way one expected him to in some matches. This clash‚ however‚ presents him with the opportunity to be the cool‚ calculated leader that pulls the strings‚ orchestrates and directs operations for the Lions.

He will have to operate closer to the gainline to have maximum impact. With that high risk potentially comes high reward but that is perhaps the mantra that the Lions need to carry with them onto the field in general.