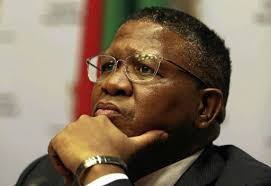 Fikile Mbalula has defended Cyril Ramaphosa ahead of the president’s state of the nation address (Sona) this week.

Ramaphosa is set to deliver his Sona on Thursday and expected to address the country’s embattled state-owned entities (SOEs)‚ such as Eskom and SAA‚ as well as unemployment.

“President Ramaphosa will not be liked by everyone. We don’t expect his enemies to like him‚ he is not money.

“The sixth administration does have a programme. It [will] not yield results overnight‚ but we are a government hard at work. Yes‚ many of our people are impatient‚ justifiably so‚” said the minister of transport‚ responding to a report questioning Ramaphosa’s abilities as president.

Mbalula denied load-shedding had worsened since Ramaphosa’s regime‚ saying it was a “deep-seated” issue.

“Load-shedding didn’t start with President Ramaphosa. It’s genesis is in deep-seated structural deficiencies at Eskom. Something we must correct forever‚” said Mbalula.

The EFF said it will continue with its plans to disrupt Sona‚ despite parliament’s presiding officers warning against it.

Addressing the media in Johannesburg on Sunday‚ EFF leader Julius Malema said they will use Sona to call for the removal of public enterprises minister Pravin Gordhan for misleading the nation about load-shedding.

“When Cyril starts‚ we start! That’s how it’s going to roll. When he starts speaking‚ we are speaking also about Pravin going. We are not going to be ruled here by Pravin. It must come to an end‚” said Malema.

He made a similar threat in January. Parliament responded that it was “not losing any sleep” over the EFF’s Sona plans.