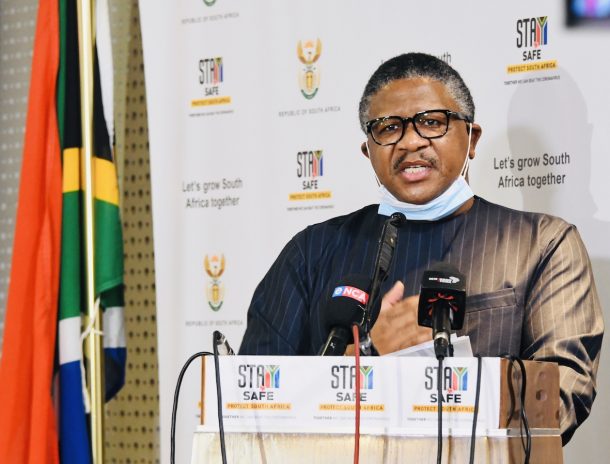 Fikile Mbalula calls on public to exercise caution on roads

Transport Minister Fikile Mbalula has called on the public to exercise caution on the roads following recent fatal incidents.

“On Friday minister Mbalula learned with great sadness of a tragic bus fire that claimed the lives of six people and left more than 50 others injured on the R537 Moloto Road‚” said the minister’s spokesperson Ayanda Allie-Paine.

On Sunday Mbalula lamented the death of musician Emmanuel Mojalefa Matsane‚ who died in a car crash in the early hours of the morning.

“These incidents come on the back of the department of transport’s budget vote in which we announced stringent measures to arrest the carnage on our roads.

“While government has doubled its road safety efforts‚ we cannot secure victory on our own. We call on all road users to work with government by exercising caution when using the road infrastructure‚” Mbalula said.

He sent his sincere condolences to the families of those who died on the roads at the weekend and has wished the injured a “full and swift” recovery.