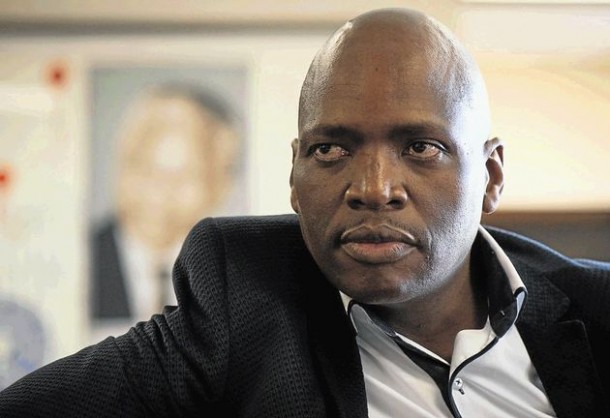 The two SABC board members who resigned in parliament placed a controversial R570-million deal with MultiChoice and the gutting of the broadcasters’ executive at the heart of their shock decision.

Krish Naidoo and Vusi Mavuso announced at a special parliamentary hearing on Wednesday that they would quit the board. This paralysed the board as it left it without a quorum to make decisions.

They said they were not party to recent key decisions, including the board’s presentation to parliament, Hlaudi Motsoeneng’s appointment as corporate affairs executive and Bessie Tugwana’s appointment as acting chief operating officer.

Tugwana was moved from her post of corporate affairs group executive seven weeks after being appointed to make way for Motsoeneng.

All the decisions will be open to legal challenge as they were made when the board lacked a quorum.

In a day of high drama in parliament, clearly divided SABC board members turned on each other as MPs called for the board’s dissolution. MPs of all parties were unanimous in taking turns to dress down the “dysfunctional” board for ignoring court judgments and appointing a “fraudster” as COO, referring to Motsoeneng.

MPs concluded that the board had basically “dissolved itself” with some calling for an early sitting of the National Assembly to discuss it. Some called for an inquiry into the entire SABC before serious decisions were made.

The board had made a presentation to the committee on its implementation of public protector Thuli Madonsela’s findings against its appointment of Motsoeneng as chief operating officer, and his recent reappointment as group executive for corporate affairs.

Nonexecutive board member Naidoo took everyone by surprise as he sided with MPs in his analysis of the board, before resigning during the meeting.

“I just want to end by saying I’m not satisfied as a board member. When I look at this presentation it was amateurish in my view. This board is dysfunctional, and it should be scrapped. Personally, I will be resigning today as a board member,” he said.

Mavuso, also a nonexecutive board member, said the board had earlier dismissed a number of members in a manner that was “quite unusual”.

Mavuso said he was “flummoxed” by the presentation, seeing it for the first time in parliament.

He accused the board of “institutional genocide” for ostracising certain employees and members.

During the sitting, ANC MP Sisisi Tolashe asked whether SABC board chairman Mbulaheni Maguvhe understood how the SABC was established. “If he understands, is he prepared to apologise to 50million South Africans? What he did was a total disregard for citizens of this country,” said Tolashe, referring to last week’s press briefing during which Maguvhe criticised political parties

Maguvhe said the board was unable to respond to some matters as they were before court.

Speaking to The Times after the committee meeting, Naidoo and Mavuso said key reasons for their decision to quit were the “unlawful” contract Motsoeneng had signed with MultiChoice in 2013 and the recent “kicking out” of 11 executives.

“If you take out the quality you are left with the scum,” said Naidoo.

Naidoo said he had been asked to review the MultiChoice deal and found it “unlawful”.

“It was signed by the COO and not the group CEO, who has the legal authority,” he said.

“The people who signed it weren’t authorised.”

The terms of the contract were “an unfair exchange”, he said.

“There was an imbalance of conditions. The SABC’s intellectual property was moving to M-Net. You are unlawfully disposing of state assets.”

Naidoo said he had held a meeting about it with the then CEO of MultiChoice, Imtiaz Patel.

“I told him: It’s unlawful. Let’s negotiate. But nothing happened.”

The SABC was paid R570-million over five years in return for supplying MultiChoice’s DStv platform with a 24-hour news channel, entertainment channel Encore and access to the SABC’s archives.

But sources involved in the deal said the broadcaster could have secured a R2.5-billion fee.

e.tv is paid about R400-million a year for supplying a single news channel, eNCA.

Despite costing the SABC about R2-billion in potential revenue, Motsoeneng is said to have been paid a “success fee” of at least R10-million for clinching the deal.

Mavuso confirmed: “What e.tv got was far better. We got a raw deal.” He said Mbulaheni Maghuve was a “terrible” chairman.

The “last straw” was “that process of kicking out 11 executives. They got rid of the head of risk, the head of audit, radio, TV, HR and procurement,” he said.

The SABC was being “gutted”.

Both would consider serving on an interim board if asked.