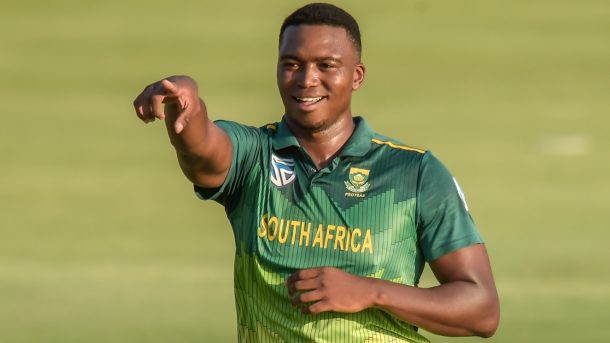 Ex-Proteas‚ domestic players and coaches rally behind Ngidi: ‘Can there be equal treatment‚ please?’

A group of former Proteas‚ domestic players and coaches have come together in support of paceman Lungi Ngidi after his stance on the Black Lives Matters movement.

They said in a statement the Black Lives Matter movement provides an opportunity for Cricket South Africa to make a serious statement with regards to racial problems. They also said transformation must stop being used as a stick for bad performance for the national team.

“We see this as an opportunity for CSA to be unequivocal about its position and to make sure the problem is confronted‚ and we also invite our fellow white cricketers to join in this move to defend human dignity.

“We represent‚ or have represented‚ South Africa on merit. Far too many white South Africans cannot accept that black cricketers have proved‚ time without end‚ that they are good enough to play at the highest level‚” the statement said.

“We want to remind South Africans that as recently as 2017‚ we were told that a South African sister sport‚ rugby‚ was ‘dead’ – killed by ‘transformation. But guess what? South African rugby won a World Cup last year. We cannot recall anyone suggesting that the victory was due to transformation. Why is transformation always rammed down the throats of national teams when they lose‚ but never when they win? Can there be equal treatment‚ please?”

The above group of player carries significant weight as they were standout performers in their time with the Proteas. All of them made their debuts after isolation in 1992.

Some of the players‚ like Philander at the 2015 Cricket World Cup‚ and Ontong during the disastrous 2001/02 tour to Australia‚ have been on the receiving end of transformation issues.

Some of the 31 players and coach will have either played with or against Rudi Steyn‚ Pat Symcox‚ Brian McMillan and Boeta Dippenaar at some point of their careers.

“We note too that the most outspoken criticism directed at Ngidi has come via former players such as Pat Symcox‚ Boeta Dippenaar‚ Rudi Steyn‚ Brian McMillan and others‚ and we urge that their views be challenged. We are not surprised at their comments‚” the statement said.

“Given South Africa’s well-known past‚ black cricketers have borne the brunt of subtle and overt racist behaviour for many years‚ including from some colleagues. Consequently‚ there is a need to understand how white privilege feeds into the perpetuation of these old attitudes and assumptions”

“Our attitude‚ mistakenly‚ we now believe‚ has always been to say: ‘These are teething problems‚ and that these will be resolved if we are patient.’

“But after almost three decades of cricket unity‚ the views expressed from one side of the racial divide are still very much part of our lives‚ and we now believe: ‘Teething problems cannot be allowed to continue for this long.”

The former players and current coaches who signed the statement: