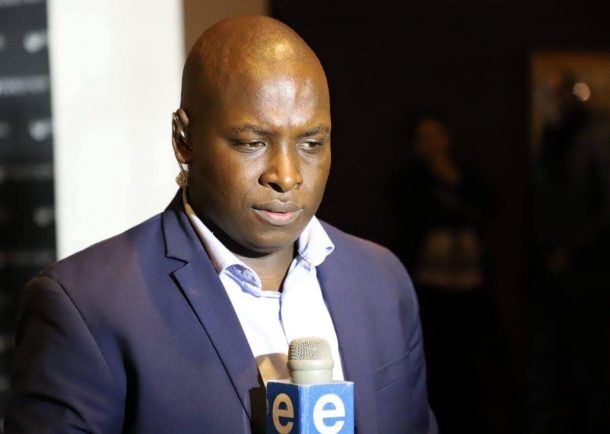 After days of outrage and calls for a boycott of the news channel‚ eNCA anchors on Friday started their broadcast by assuring viewers that they remained independent.

They also threw their weight behind former political reporter Samkele Maseko‚ who was reportedly treated badly after his resignation from the company last week. Maseko had resigned from eNCA to take up a job at the SABC.

After his resignation‚ the company’s head of news Kanthan Pillay took to Twitter to say‚ “Rats swimming towards a sinking ship” — apparently referring to Maseko and the SABC.

In their early-morning apology‚ anchor Jane Dutton said: “We as a news channel have made headlines for all the wrong reasons because of statements made by a very senior individual in this company. ”

“It is our view that the individuals actions do not represent our editorial views or values‚” said Dutton’s co-anchor Xoli Mngambi.

“We will never tolerate victimisation of anyone. We stand in solidarity with our colleague Khayelihle Khumalo and apologise to Samkele Maseko for the way he was treated‚” added Dutton.

Khumalo‚ also a reporter at eNCA‚ was suspended for tweeting about the EFF’s conference from his personal account. eNCA was not covering the event.

“We do not condone or tolerate censorship and we trust the company’s leadership to deal with these issues decisively‚” said Mngambi‚ adding that there was a company process unfolding.

https://twitter.com/eNCA/status/1207893946665504773
Pillay on Thursday issued his own apology for the tweet: “I hereby express my unreserved apology to all that were offended by my irresponsible and ill-conceived statement on Twitter‚ posted on Tuesday December 17.”

Pillay’s “rat” tweet led to Maseko revealing how Pillay had allegedly marched him out of the eNCA building‚ barring him from serving his month’s notice.

The tweets sparked a backlash‚ with several former eNCA staffers and former employees of Pillay complaining about his behaviour.

“I deeply regret the statement I made and retract it in its entirety‚” said Pillay‚ adding that he regretted and apologised “unreservedly” for offending Maseko‚ the SABC and eMedia.

“The statement I made is unacceptable and rightfully rebuked by all concerned. I regret having been drawn into a Twitter war and I ask for your understanding with the knowledge that I am deeply remorseful of my actions.”

Meanwhile‚ eNCA editor Jeremy Maggs said the concerns raised would be reviewed and an external and impartial adjudicator appointed if required.