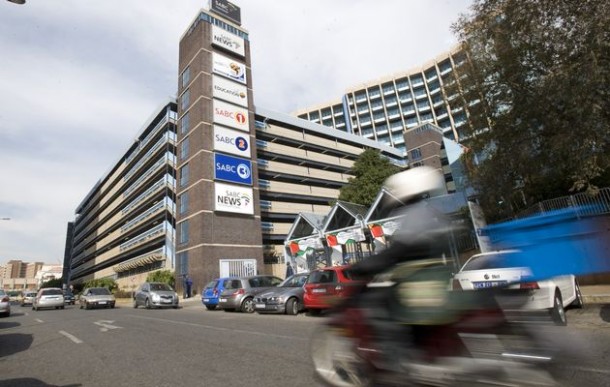 Eight employees facing disciplinary hearings at the South African Broadcasting Corporation (SABC) have gone directly to the Constitutional Court over the public broadcaster’s “protest policy“‚ saying SABC journalists are being forced to choose between acting lawfully or losing their jobs.

Increasing concerns about the SABC’s editorial independence reached a tipping point when the SABC announced that it would not cover violent protest action showing the destruction of public property.

While a court case over the protest policy has already been launched in the High Court‚ economics editor Thandeka Gqubule and seven others have approached South Africa’s highest court directly‚ saying the SABC has already shown it will delay and frustrate resolution of the dispute “by resorting to extensive and costly litigation … at taxpayers’ expense”.

Last month‚ three of its senior journalists — Gqubule‚ Foeta Krige and Suna Venter — voiced objections to the policy and were summarily suspended. When other editor and reporters — Busisiwe Ntuli‚ Krivani Pillay‚ Jacques Steenkamp‚ Lukhanyo Calata and Vuyo Mvoko —objected‚ they were also charged with disciplinary infractions.

In her affidavit — filed in the Constitutional Court on Friday — Gqubule describes a meeting in May attended by SABC chief operating officer Hlaudi Motsoeneng‚ former acting CEO Jimi Matthews‚ Pillay and Krige. She said that in the meeting Motsoeneng said: “If people do not adhere‚ get rid of them. We cannot have people who question management … this is the last time we have a meeting of this kind.”

She said Matthews added: “It is cold outside. If you do not like it you can go. You’ve got two choices: the door or the window.”

Gqubule said the culture of fear and silence at the SABC would directly affect the 21-million people who rely on the SABC as its primary source of news.

The SABC was “intent on depicting a distorted version of reality … preventing the citizens it is mandated to serve from receiving true and accurate information about the state of the country”.

This breached the constitutional right of access to information‚ she said.