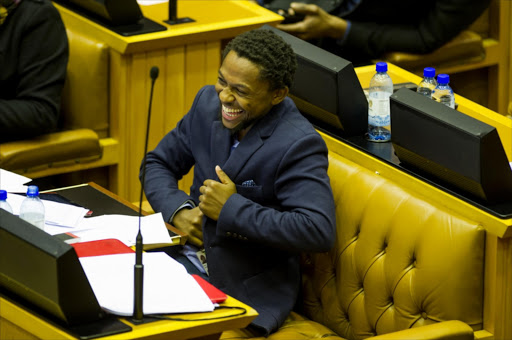 EFF MP Mbuyiseni Ndlozi says Cyril Ramaphosa has “given up” the fight against Covid-19 after the president announced on Sunday night that SA will move to level three of the national lockdown from June 1.

The eased lockdown will allow for‚ among other activities‚ the sale of alcohol for home consumption and the end of the national curfew. The president cautioned that Covid-19 remains a threat and urged citizens to remain vigilant.

“Now we look once again to you‚ your actions and to your sense of responsibility. We look to you to uphold the sanctity of life and the dignity of all people. We look to you to protect the weakest and most vulnerable among us‚” said Ramaphosa.

Taking to social media after the speech‚ Ndlozi lamented that black people are now at greater risk of contracting Covid-19 as many do not have access to quality health care.

https://twitter.com/MbuyiseniNdlozi/status/1264608289528184834
He slammed the government for ignoring recommendations by the World Health Organisation (WHO) on the relaxation of lockdown levels.

EWN reported last week that health minister Zweli Mkhize said WHO standards don’t allow for easing of the lockdown unless the infection rate is on the decline.

He admitted that SA was nowhere near such improvement‚ but said hunger and the collapsing economy would not allow for the extension of limited economic activity caused by the lockdown.