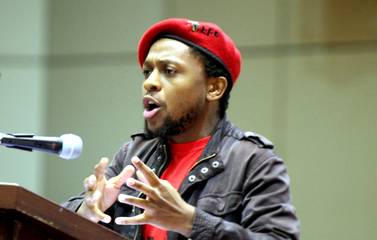 Economic Freedom Fighters leader Julius Malema is going to the Constitutional Court in a bid to force the speaker of Parliament to institute impeachment or disciplinary proceedings against President Jacob Zuma.

The court application‚ just after lunch on Thursday‚ will revolve around the conduct of Zuma associated with the Nkandla scandal‚ and “lying to Parliament on numerous occasions”.

The action comes almost one year‚ to the day‚ that the highest court in the land handed down judgement in the Nkandla saga.