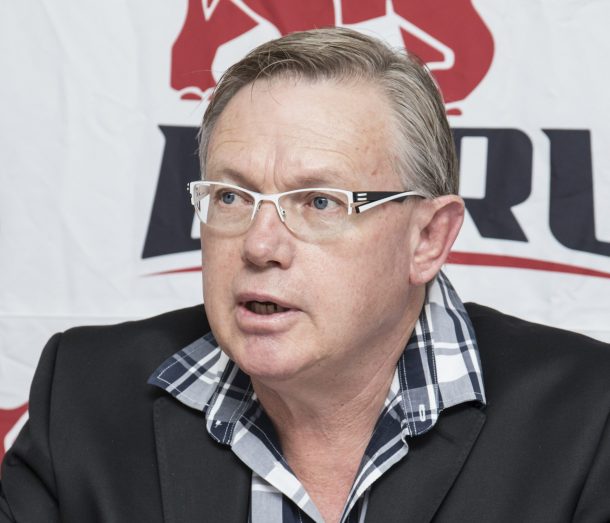 Rademan passed away Tuesday evening after a battle with Covid-19.

Rademan was recently re-elected as president of EP after serving an initial term of four years‚ replacing firebrand Cheeky Watson. He was also chairman of the board of the Southern Kings.

“The 62-year-old Rademan tested positive for Covid-19 some time ago and was placed on a ventilator in intensive care in a Gqeberha hospital‚ where he sadly passed away‚” SA Rugby said in a statement.

“We’ve lost a great servant of the game – Andre brought stability to Eastern Province in a difficult time and always put the needs of his province above his own‚” SA Rugby president Mark Alexander said in the statement.

“With Andre steering the ship in EP‚ things started looking much better‚ and he worked incredibly hard to ensure the union was in a good place. His re-election a few months ago showed that he had the support to ensure they move forward and despite being put under pressure from various forces in the union‚ Andre kept his head down and never stopped working for EP.

“He worked tirelessly with SA Rugby on one side‚ and the Nelson Mandela Metro‚ their clubs‚ schools and other stakeholders in EP on the other side‚ to bring stability to the union. This is really sad news‚ not only for his family and friends‚ but also for rugby in Eastern Province.

“Our condolences go out to his wife‚ Carol‚ their children – Chris and Werner Rademan and Chris Dicks – grand-children‚ other family and friends. May you find solace in the memories of a great man during this very difficult time.”