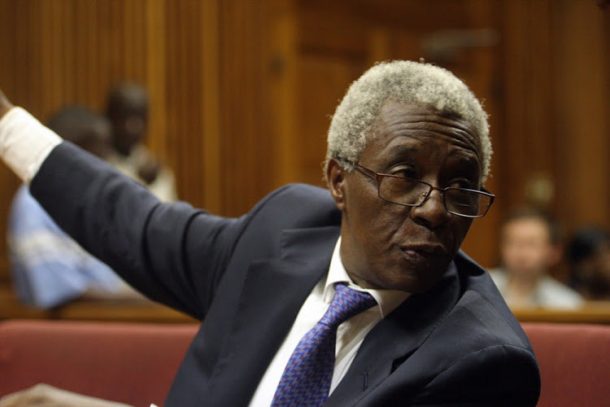 ‘Drunk judge’ Motata fined R1.1m for misconduct‚ gets to keep salary for life

The Judicial Service Commission has found that Judge Nkola Motata’s conduct did not warrant his removal from office.

The JSC rejected its tribunal’s recommendation made in April last year that the provisions of section 177(1)(a) of the Constitution should be invoked in the matter after the tribunal had found Motata guilty of gross misconduct.

Instead‚ the JSC found Motata guilty of misconduct.

Section 177(1)(a) states that a judge may be removed from office if the JSC finds that the judge suffers from an incapacity‚ is grossly incompetent or is guilty of gross misconduct.

The JSC said Motata should pay a fine of R1.1m to the South African Judicial Education Institute over a period not more than 24 months from the date of the JSC decision.

The amount is the equivalent of 12 months of his current net salary.

The announcement puts to bed a more than decade-long scandal which saw Motata fall from grace after he was recorded swearing at a home owner after he crashed his Jaguar into a Hurlingham wall while drunk.

He was convicted of driving under the influence in 2009 by the Johannesburg High Court‚ which sentenced him to a fine of R20‚000 or 12 months’ imprisonment.

The judge has not been at work but has remained on full salary while on special leave since he was charged in 2007.

He retired last year at the age of 65 with all benefits due to a judge‚ including a salary for life.

Last year‚ the tribunal found that Motata’s conduct at the scene of the car accident‚ and the remarks he made at the time‚ were racist and were prejudicial to the impartiality and dignity of the courts.