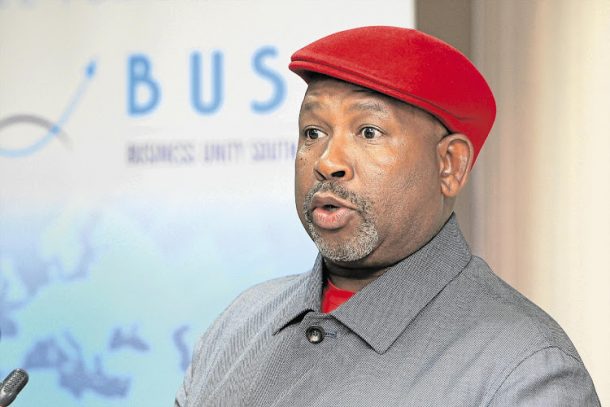 Moody’s downgraded to B3 from B2 the long-term corporate family rating (CFR) of Eskom. The zero coupon Eurobonds rating has similarly been revised to B3 from B2‚ in line with the CFR and the global medium term note (GMTN) programme. The senior unsecured GMTNs of Eskom were downgraded to (P)Caa1/Caa1 from (P)B3/B3. It said the “outlook remains negative”.

In a statement‚ Eskom said it “notes with disappointment the ratings decisions implemented by Moody’s”.

“The current board and management have worked painstakingly hard to try to resolve corporate governance issues of the past regime.

“Eskom also continues to implement the generation recovery 9-point plan to stabilise the plant and the security of supply; while the system has been constrained‚ we have endeavoured to provide a secure and stable electricity supply.

“The company’s liquidity levels remain at low levels; we have‚ however‚ seen a considerable amount of support for Eskom paper from the local markets and coupled with the financial support announced by government‚ we are cautiously confident that our debt obligations are not at risk.”

“Whichever option gets implemented through the unbundling processes‚ we will ensure that our creditors will not be compromised and that the execution of these options gets done under acceptable legal frameworks. Our electricity supply system remains fairly constrained; but we are doing everything we can to make sure that the supply is not compromised.”

Moody’s also downgraded the country’s rating outlook on Friday‚ from “stable” to “negative”‚ which commentators said was a signal to government to take much stronger action to get debt under control‚ cut spending and address low economic growth.

On Tuesday‚ Eskom cautioned that the country’s electricity system was “severely constrained” and it was relying on emergency resources — diesel and pumped water storage — to keep the lights on.

Since the weekend‚ plant performance had “deteriorated with unplanned breakdowns”‚ taking 12‚500MW out of the system. That figure was reduced to 11‚500MW by 10am on Tuesday.

The power utility said several units were expected to return to service on Tuesday and Wednesday and‚ with its current diesel reserves‚ the probability of load-shedding remained low for the rest of the week.

The system would be constrained until at least Thursday.

This week‚ three trucks delivering coal to an Eskom power station were torched. A fourth truck was torched near Matla mine. The power utility confirmed that two truck drivers were also assaulted near the power station.

“The sporadic interruption of coal delivery by trucks does not have an immediate impact on the coal status at both Arnot and Matla‚” said Eskom. “Should the interruption intensify or spread over an extended period it may affect the healthy stock level.”

The DA called on mineral resources and energy minister Gwede Mantashe to intervene immediately‚ before the ongoing unrest has serious consequences for Eskom.