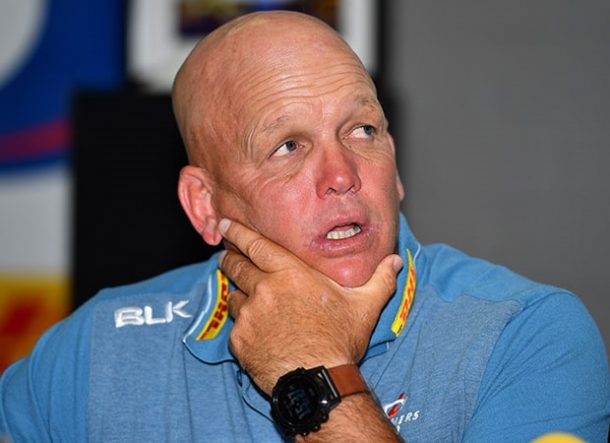 Like the Lions‚ the Stormers have also shaken up their coaching ranks with head coach John Dobson taking a step back in the short series of warm-up matches.

His assistant coaches will get the opportunity to take the coaching reins during the series starting with Rito Hlungwane for their next game against Griquas next week.

But Dobson stressed that the buck still stops with him.

“I will still oversee everything. As much as we want to build depth and opportunities for our players across the series‚ the same applies to the coaching staff.”

He added that Labeeb Levy will take charge of the game against the Bulls and Dawie Snyman against the Lions.

“I still take responsibility for the performance. There is no log‚ no trophy but there is still a lot of pressure.

“One of the true signs of who’s in charge is the person making the substitutions. Rito will have that but we have to be result agnostic. If the plan is to give a player 30 minutes then we have to stick to it‚ even if the player on the field is doing well.”

Despite their defeat at the hands of the Cheetahs last weekend‚ Dobson argued that they need to build player capacity for later combat.

He said some players had not played ‘a minute’ since March last year and that the entire team had 1000 game minutes of which Rikus Pretorius had half.

“We could go to Rainbow Cup with 30-something players‚ and we could have the Springboks being taken away and then we play the Currie Cup‚” said the coach.

Dobson explained that the lack of a second tier competition due to Covid-19 has brought its own complexities. He said if they did not give players game time now‚ they could be faced with a situation where players would see Currie Cup action having not played since they last ran out at Under-19 level in 2019.

“We have to be rigid about giving players game time‚” said Dobson.

Of course one option open to the Stormers is to give players game time elsewhere in the series contested by eight teams.

The Bulls and the EP Elephants have struck up an agreement and the Stormers have already had those discussions.

“We have offered. I spoke to Peter de Villiers (Elephants coach). There were practical considerations because accommodation needed to be found. Some guys‚ however‚ can’t move because they have studies to consider‚ but it is something we are considering.”