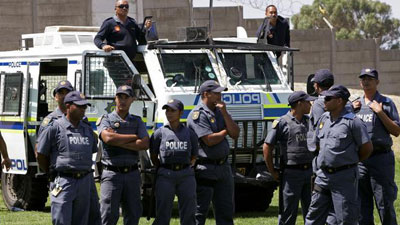 Dialogue on policing gets under way

There is a strong link between the role given to police forces‚ their behaviour and human rights.

This according to European Union ambassador to South Africa Marcus Cornaro speaking at the South African Human Rights Commission’s (SAHRC) dialogue on human rights and policing in Johannesburg.

“If police refuse to file a complaint or threaten the life and liberty of those who are willing to fight for justice‚ the police is not only violating human rights‚ but giving lie to the democratic and justice system that is meant to protect citizens’ rights and human rights‚” he said.

Cornaro was one of the dialogue event’s opening speakers.

At the event Cornaro and others will share best practice experiences from Europe in dealing with policing issues‚ he said.

Cornaro also said it is crucial for citizen and civil organisations to join discussions on policing to find solutions.

The event will run on Thursday and Friday with speakers from the SAHRC‚ Sonke Gender Justice‚ the Civilian Secretariat on Police and the University of Cape Town.