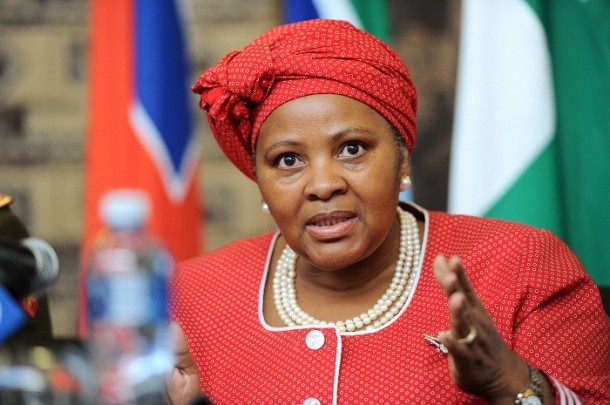 Mapisa-Nqakula was responding to a story published in the Sunday Times that she had flown from Waterkloof Air Force Base to the Democratic Republic of Congo to fetch Michelle Wege‚ 22‚ on January 28‚ 2014.

Wege had been detained by officials at Kinshasa International Airport 10 days prior‚ when she tried to board a South African Airways flight to Johannesburg.

She was arrested for travelling using fraudulent documents‚ which had allegedly been organised by Mapisa-Nqakula’s sister‚ Nosithembele Nontobeko Mapisa‚ who worked in the Burundi embassy at the time.

In a statement‚ Mapisa-Nqakula said she is “…saddened by the report‚ as well as the deliberate attempt to twist the facts in this matter”.

“For more than two years now‚ my family and I have been living with a young woman‚ a Burundian national that was forced to leave her home to escape a life of abuse at the hands of her father. Her mother died‚ having committed suicide due to abuse when the little girl as three years old‚” says Mapisa-Nqakula.

Mapisa-Nqakula said the woman‚ who had visited her family and had become friends with her children‚ had expressed a wish to live in South Africa to pursue her studies and to live in “safe” environment.

“It is therefore completely misleading‚ as reported by the Sunday Times‚ that I had organised a trip and assembled a delegation of senior military and government officials‚ simply to travel to the Congo to illegally ‘smuggle’ a child. Mimi had been lawfully released by the Congolese government after my clarification of her circumstances and the conclusion of their own investigation‚” Mapisa-Nqakula said.

The minister said she does not regret her actions and her decision to help Wege and believes she did the right thing.

The Congress of the People said that “however noble her intentions”‚ Mapisa-Nqakula’s admission to “smuggling a Burundian woman into South Africa” means she can “no longer remain in office”.

“Who will ever forget how the Guptas landed a plane load of wedding guests at the Waterkloof Military Airforce Base without permission and cleared the passengers without customs checks?” the party’s Dennis Bloem asked.

Bloem noted that “this very same minister said then that she knew nothing whatsoever” about the Gupta landing‚ so it “is not surprising therefore that she felt confident enough to smuggle somebody into the country and hoping that it would go undetected”.