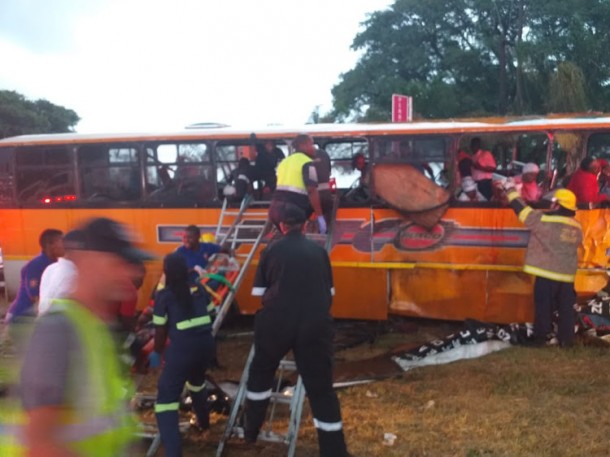 Monday’s crash on the R573 Moloto Road in Kameeldrift near Pretoria claimed its sixth victim on Tuesday morning.

A preliminary investigations found that a Putco bus‚ an SBV armoured van and a Toyota Avanza were involved in a head-on collision.

“It is alleged that the driver of the SBV vehicle lost control and collided head-on with the bus and then the Avanza drove into the bus‚” Mnisi said.

The Road Traffic Management Corporation (RTMC) said there were 80 people on the bus. Four died and 23 were taken to hospital. There were two occupants in the Toyota and three in the armoured van. One died and two were injured.

According to transport minister Blade Nzimande‚ 60‚000 commuters use the Moloto Road daily. It runs through Gauteng‚ Mpumalanga and Limpopo.

“National roads agency Sanral is upgrading the Mpumalanga and the Limpopo side of this road to the value of R4.5bn. This includes the improvement of road safety measures‚” the department said.
/mj
– TimesLIVE