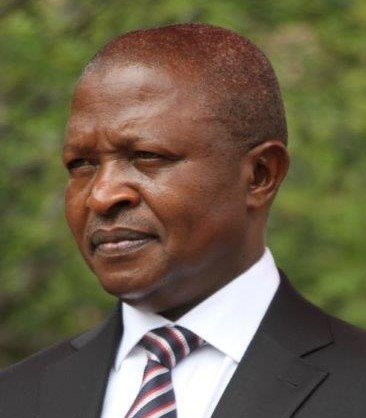 DD to be sworn-in as MP

ANC Deputy President David “DD” Mabuza is due to be sworn-in as one of the party’s new MPs on Tuesday.

This is according to well-placed officials in Parliament who have told TimesLIVE about the matter on condition of anonymity because they are not authorised to speak publicly on the issue.

This is the clearest indication yet that Mabuza is likely to be appointed by President Cyril Ramaphosa as the deputy president of the country.

Shortly after his election as ANC deputy president at the party’s national congress in December last year‚ there were indications that Mabuza did not expect to be appointed as the deputy president of the country immediately‚ with some saying he had preferred to complete his term as Mpumalanga premier in 2019.

Up until now there’s been speculation that Ramaphosa was planning to have as his deputy a female candidate‚ with the names of top ANC leaders such as human settlements minister Lindiwe Sisulu and science and technology minister Naledi Pandor bandied about.

Ramaphosa’s office on Monday night said he would be announcing changes to the national executive at 8.30pm.

Ramaphosa has been in consultations with the leadership of the ANC on the changes he wanted to effect to the cabinet he inherited from former president Jacob Zuma‚ including structures such as the national executive committee‚ national working committee and the party’s top six officials.